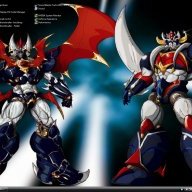 It's the beginning of my info blog: Imfallen_Angel's blog | E-Cigarette Forum Apr 20, 2017