My new Reo LP Grand and LP RM2 arrived today. Now I am very officially now a Reonaut! Also picked up an Igo-bf for it, will be interesting to see how it compares to the RM2. Running with a twisted 38awg 32awg microcoil and cotton. The vape is heavenly!

Fizzpop, welcome to Reoville. Nice lookin' LP Grand! Glad you are happy with your Grand. Yes you are official so here's your official badge. Garbage pick up is Wednesday. As soon as the fat lady gets back from McDonalds (buy one big Mac, get one free) she'll be howlin' out a tune for you. 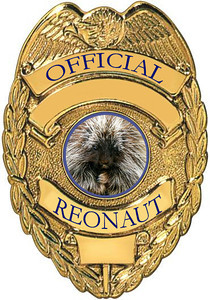 Thank YOU! This thing is incredible! You make a damn fine product. With all these clouds around me, I think I must be in heaven.
•••

Congrats on a very nice set-up. The LP Reomizer is great. Squonk lightly with the igo, the air hole is really close to the base and you can get some leakage. You can put one of robs thick o-rings over the base so the cap sits on it to raise the hole up a bit. It helps. Welcome to reoville!
•••

Yay Fizzpop!! Welcome to Reoville. You will love it here
•••


Sent from my iPhone using Tapatalk
•••

38ga? that must be like twisting up a coil with one strand of a spider web.

Now that you're official, if you'd like a custom Reo avatar or banner feel free to put in your request over here
•••

Congrats and welcome. The Igo-S is a sweet sweet little atty.
•••

Here's the fat lady, fresh off a Kansas cut right into singing you a cover of night fever by the beegees.

Have a vape when she's thru and squonk liberally
•••

Congrats on the new Reo! Welcome to the Ville

Man all of you new Reonauts are going to make the Fat Lady burn a lot of calories...time for me to go make her a casserole so she keeps up her strength!
•••

38ga? that must be like twisting up a coil with one strand of a spider web.
Click to expand...

It could be 32awg, I've worn the label of the 100ft spool. But two strands twisted together make for a nice micro-coil. I use a drill to twist them nice and tight, the finished wire has a nice feel to it.

The fat lady says she can never get enough casserole. What you think would last a family of 15 a week, is roughly her meal.

She has some swedish fish in her first Reo for you, it doesn't really taste like the candy to me, but overall it ain't too bad! This coil was built up in the wee hours of the morning, after her second performance of the night. There were some complaints about too many clouds obscuring fans vision of the "magnificent" fat lady. So I decided to keep this build up at around 1.8 ohms.

In her other grand, she's loaded up with a sweet tart flavor. Ever tried smokin smarties as a kid? Well, this is about the same thing. This is another one you don't want burning too hot. Otherwise it might start to actually taste like you're lighting the smarties on fire. This build is a 28g 1.6 ohm micro.

Thinking about a new REO, debating between LP or standard.