Once again I say hello and welcome to another vape review, today's review was sent to me from Voopoo and as the title says is on the latest in the Vinci lineup. Simple and easy should be the slogan for the Vinci SE Pod styled device because of it's built in internal 900MaH battery so no changing out batteries and the draw activation is auto-draw only so no manual button to press along with not having a display screen because wattage is adjusted automatically depending on what Pod is being used, the wattage range is ( 11- 15w ). There are many other factors and features that I'll in the review so lets get started. 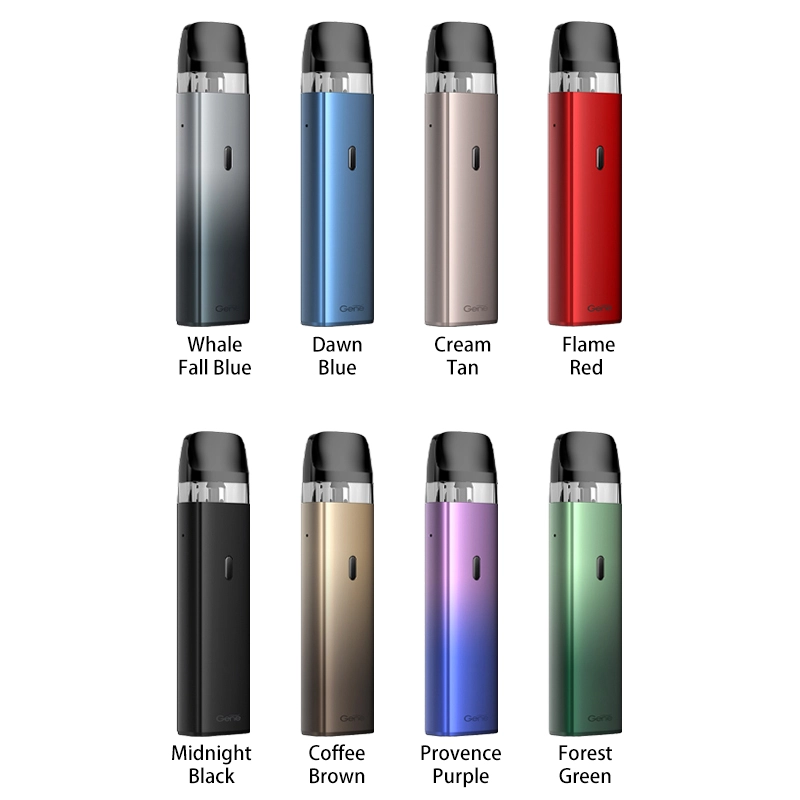 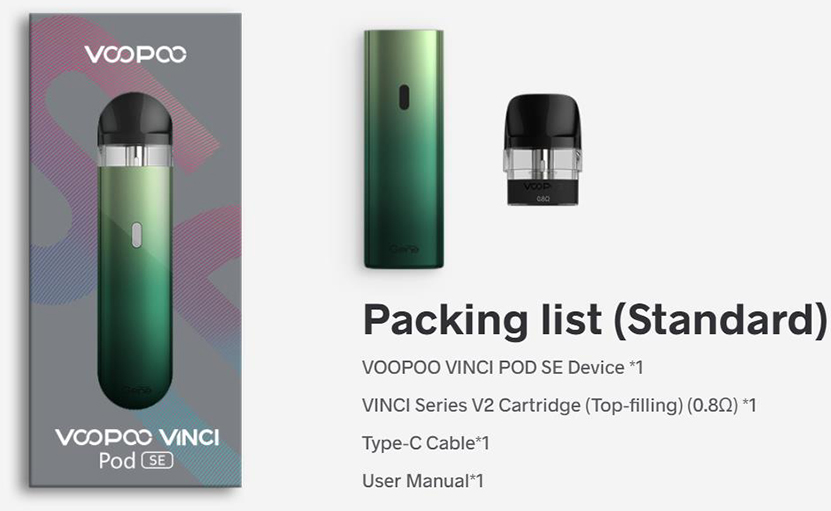 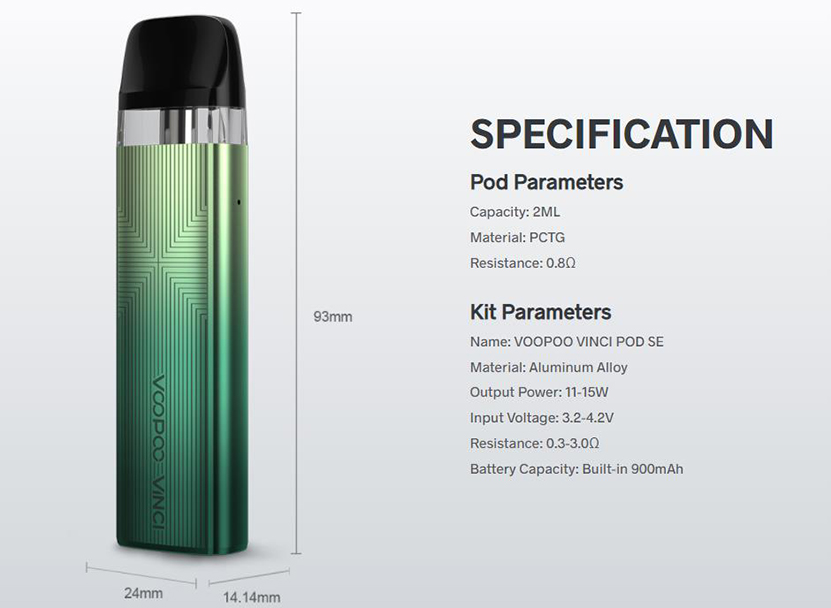 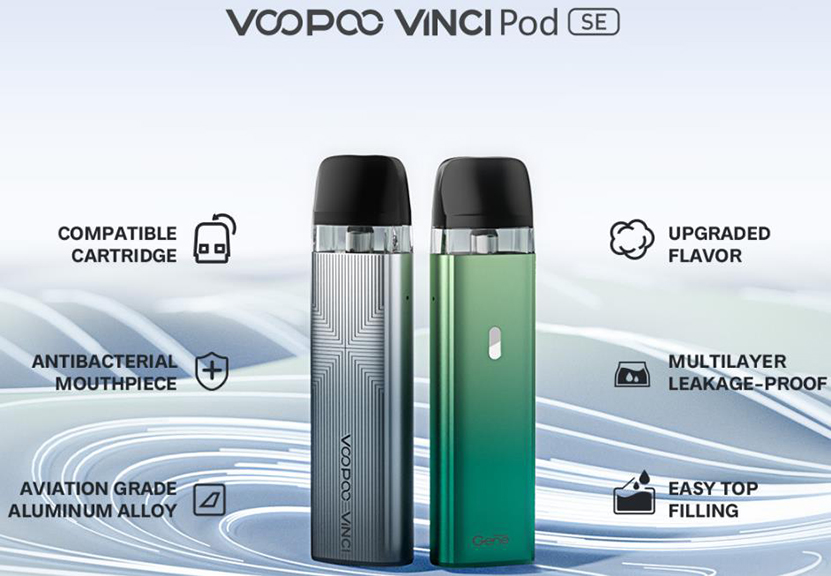 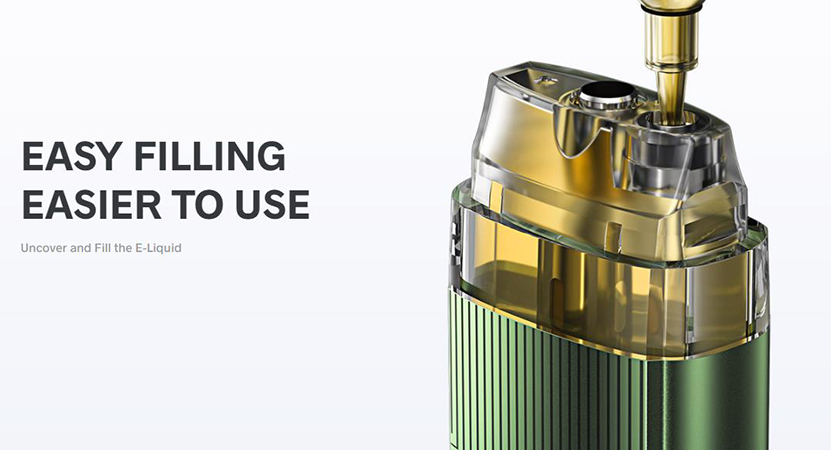 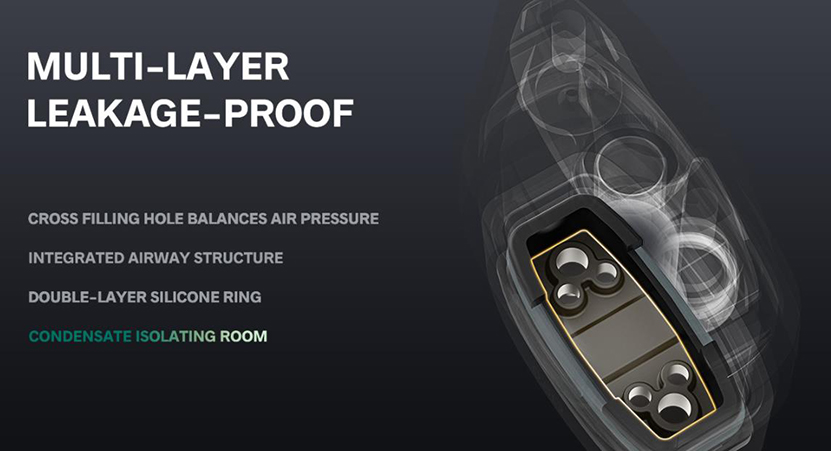 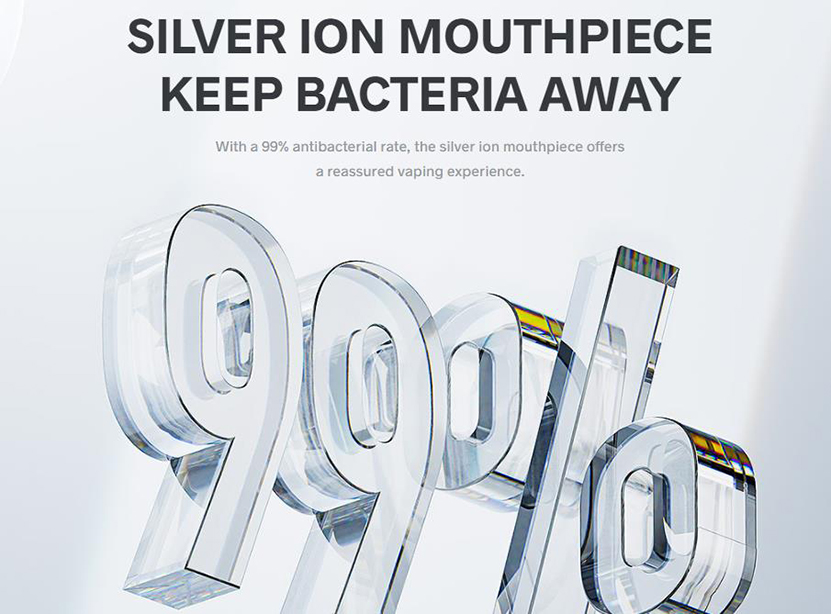 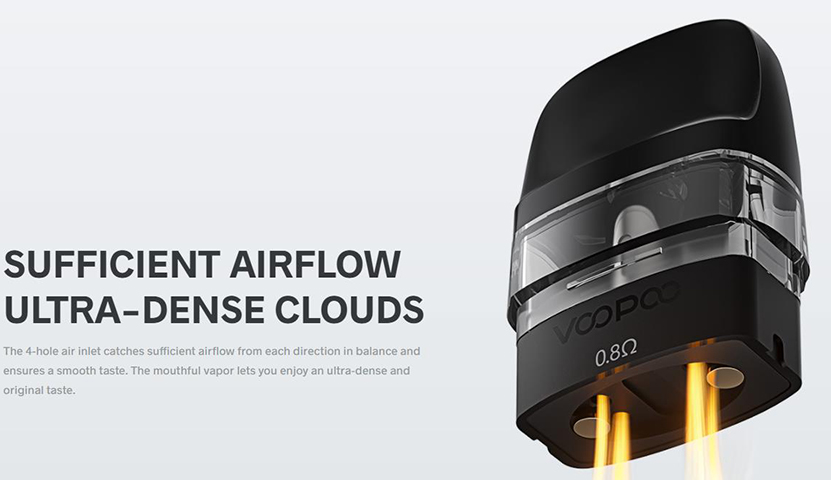 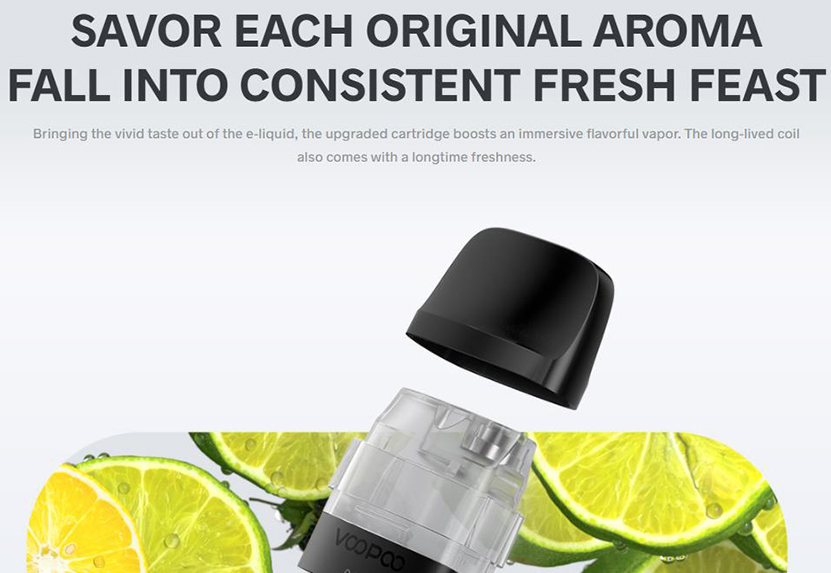 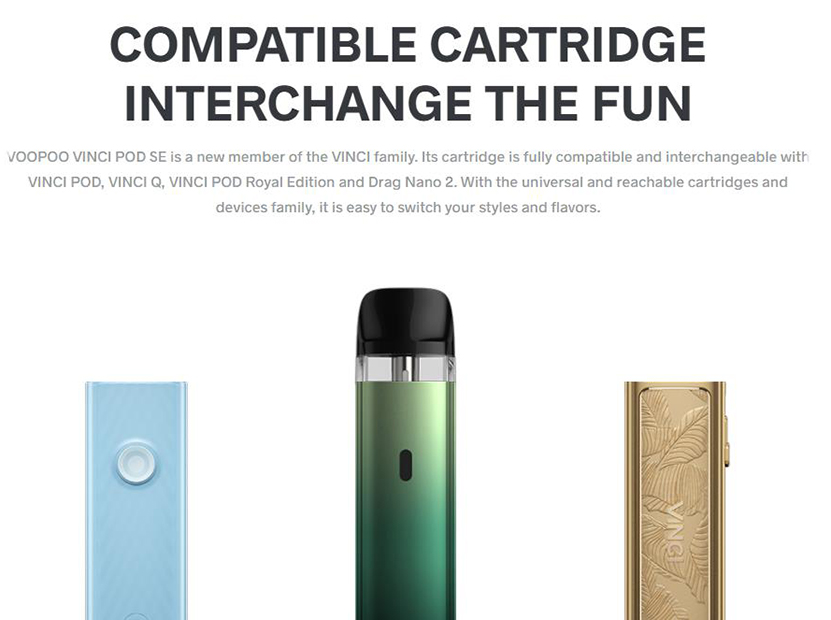 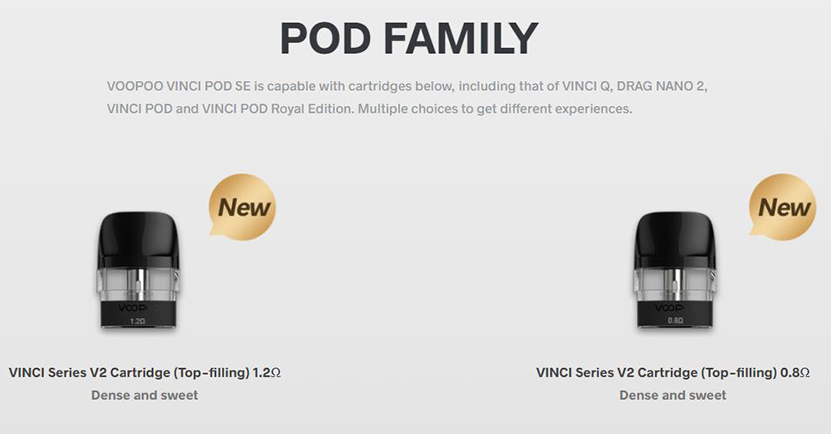 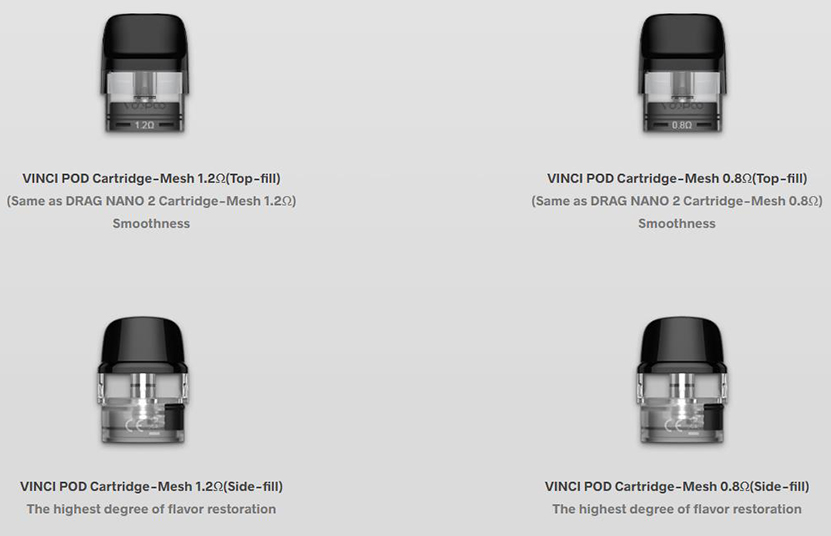 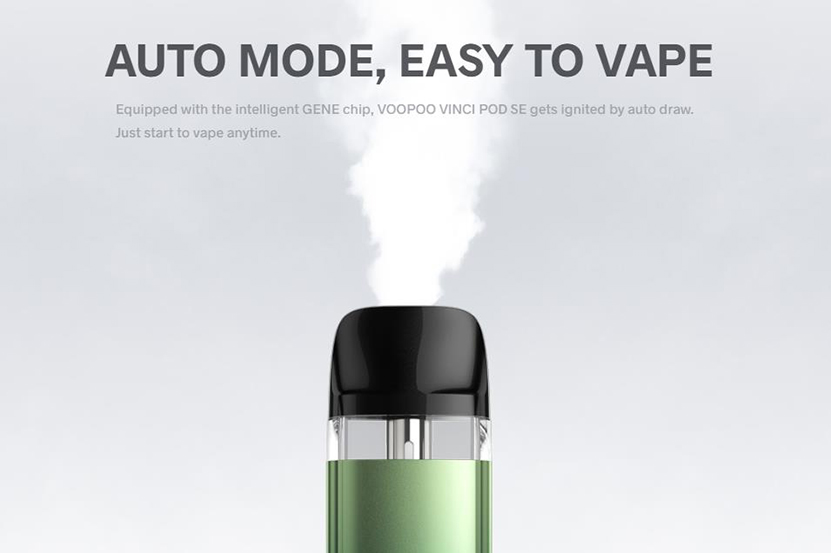 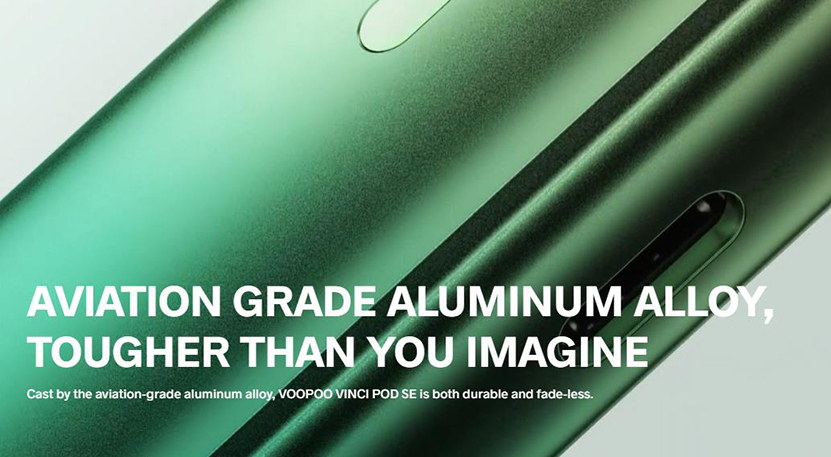 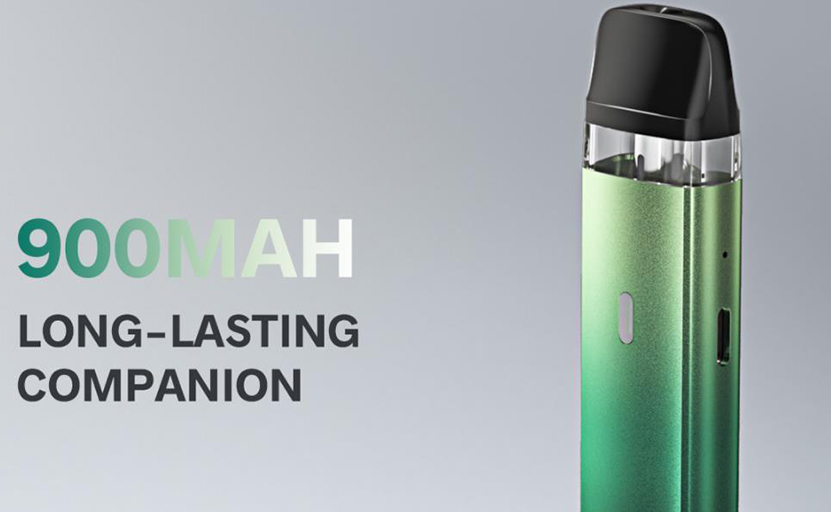 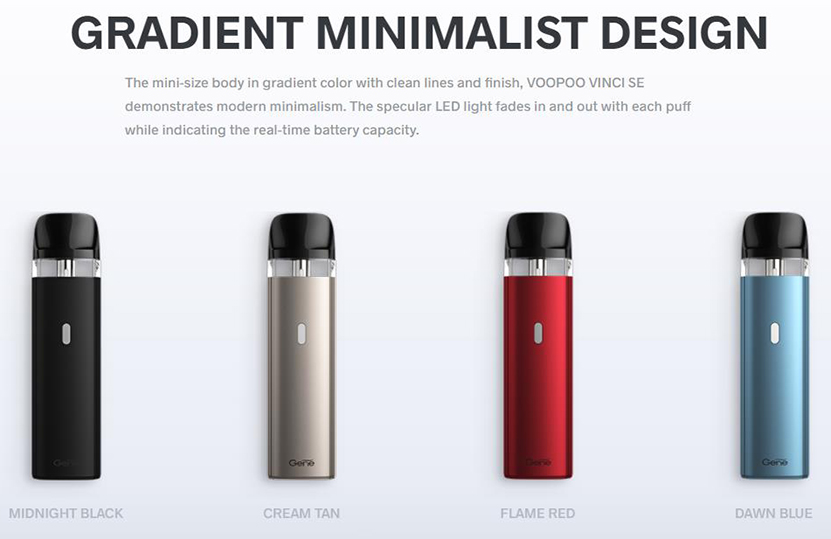 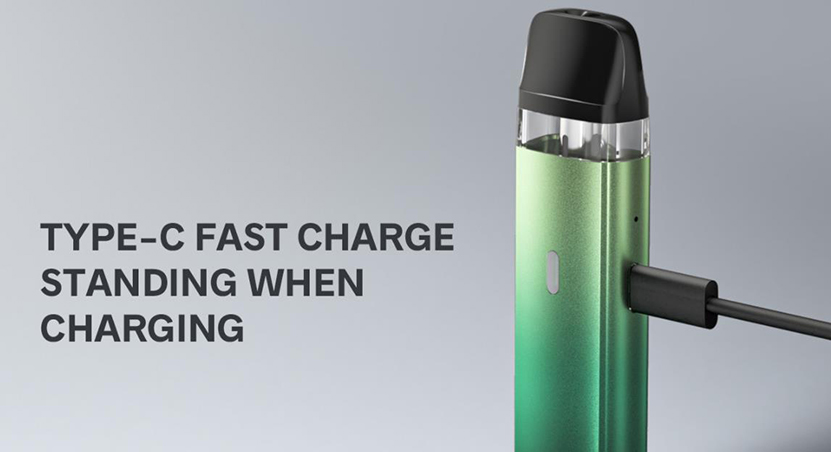 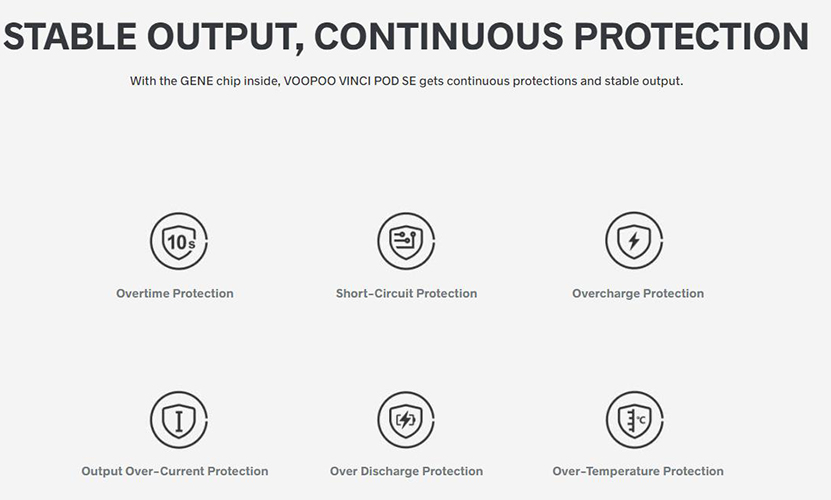 
As I said in the opening statement ( Simple ) pretty much was my first impression including how the Vinci SE was shipped. Being as simplistic as it is so is the packaging as well with a clear see through plastic cover on the top portion of the box it comes in. Inside is a plastic slide out tray containing the device and pod already installed on it, the charge cord and user manual are tucked in under the tray as Voopoo has done before, I was sent a sample kit (Forest Green) as you can see. 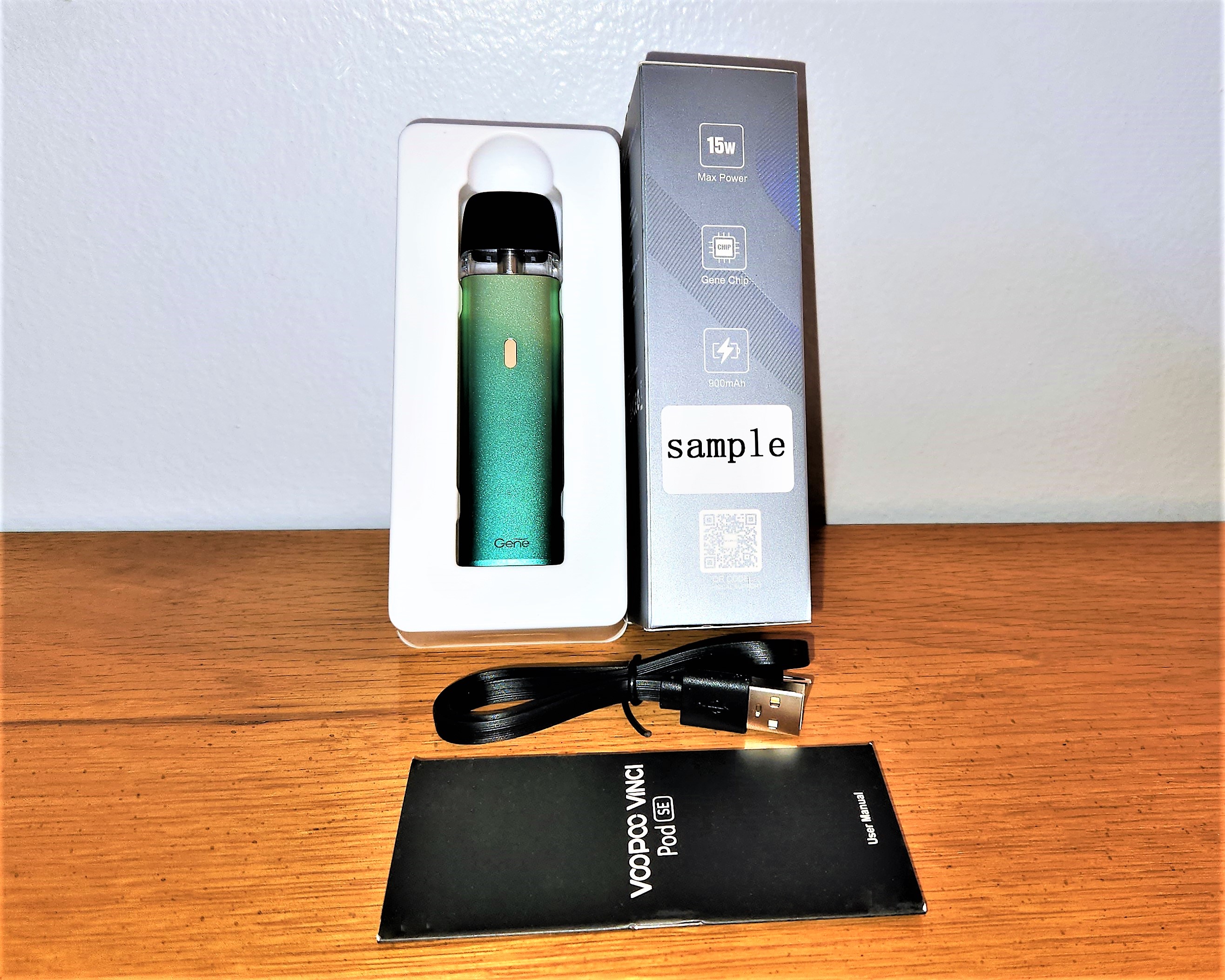 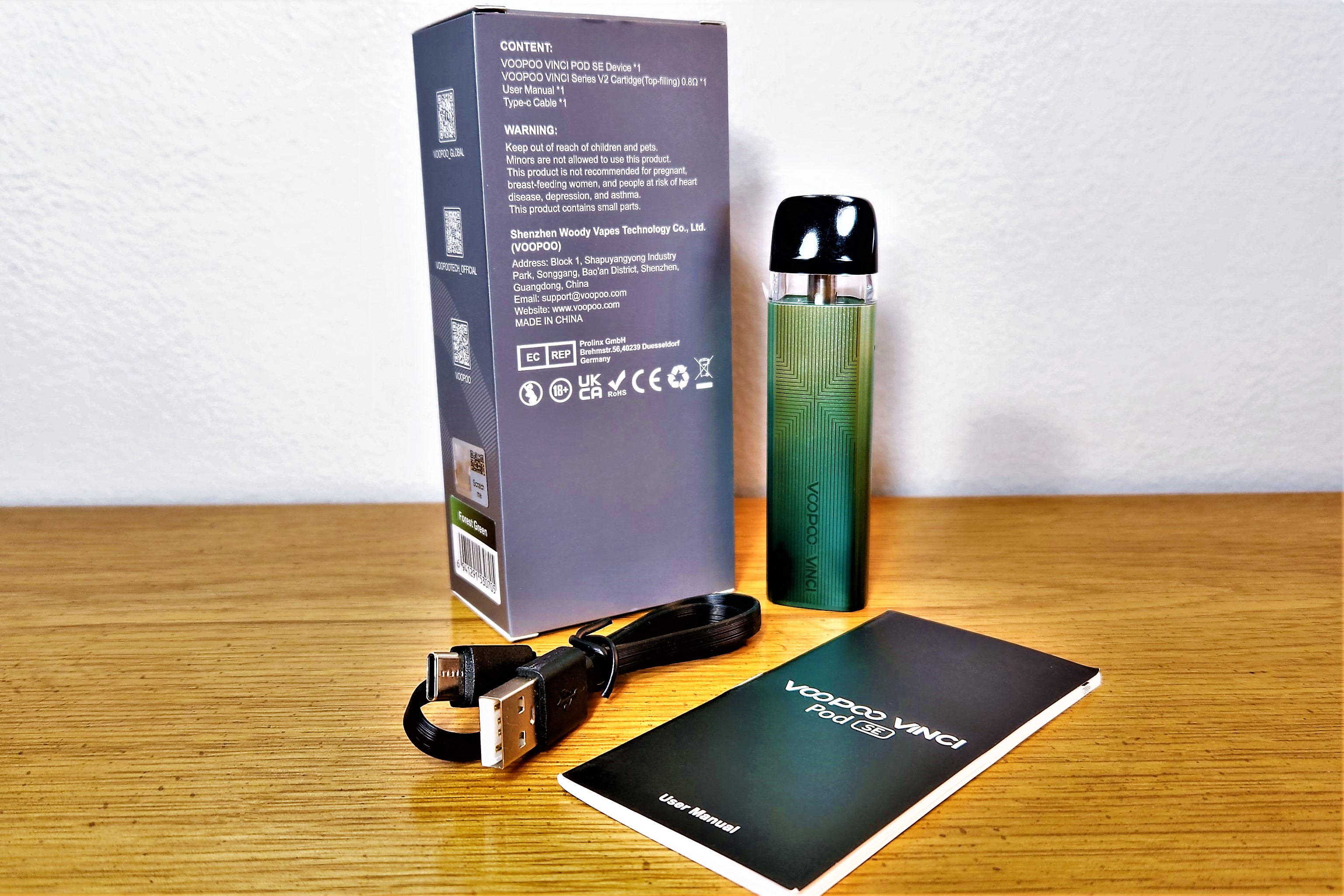 As you can see there are two variations of design for the front and back of the device, color is the same shade of Green on both front and back as well as the sides and bottom. I would like to start with the Pod that ships with the Vinci SE, yes I said Pod because it only ships with 1 Pod which I think is a mistake because in production things happen and if the Pod is defective and not working right your screwed because you don't have a 2nd one to fall back on. The included Pod is 0.8Ω. 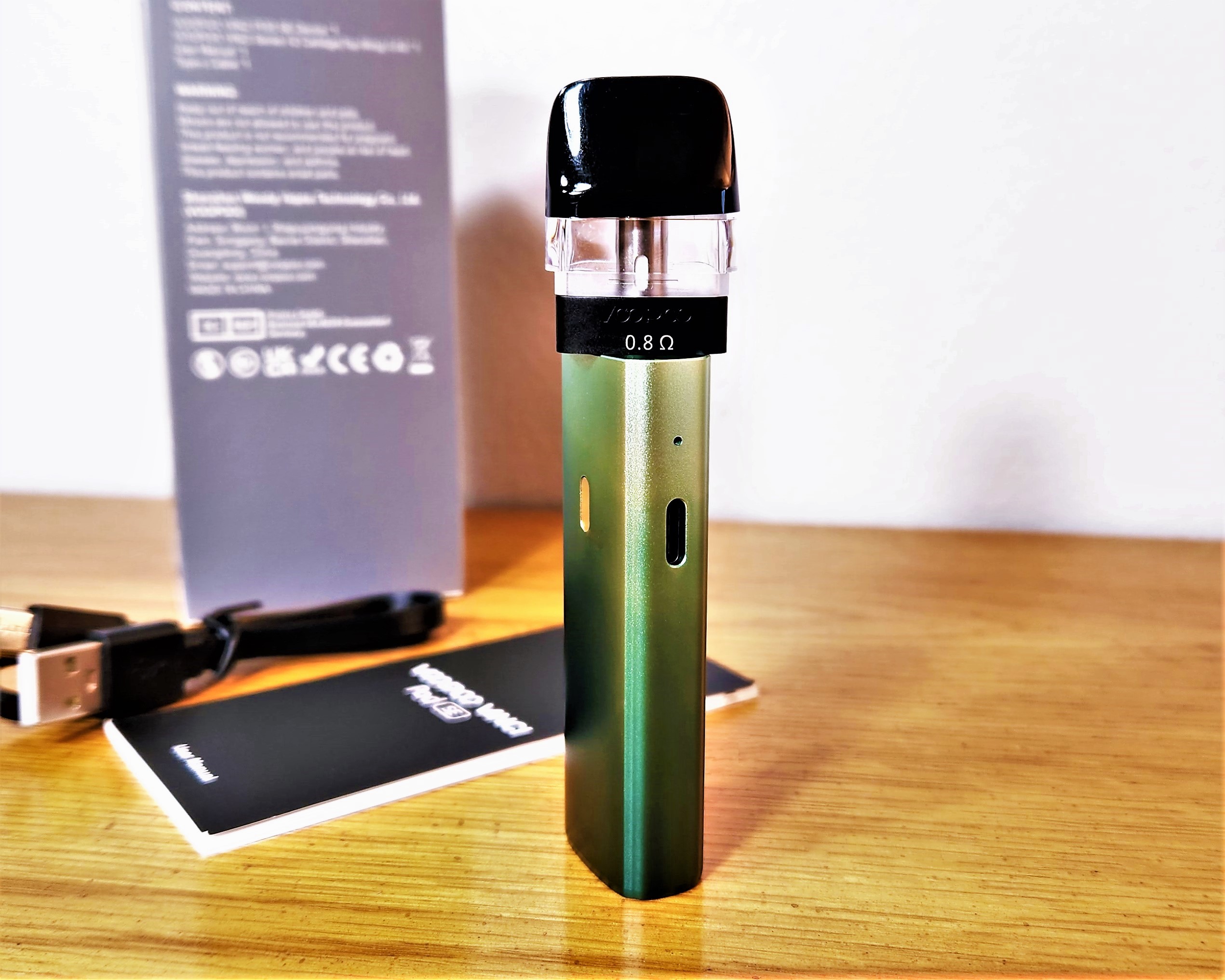 The top fill method is so easy and a very fast fill at that, simply snap the mouthpiece off to reveal the inner top fill port that is covered with a self sealing silicone membrane on one side and a tiny hole that I like to call a air bleeder on the other side. When filling through the membrane covered hole the liquid going in forces air in the Pod out through the little hole I call a air bleeder preventing any mess and also giving you a very fast fill up of juice. (Quick tip) it's easier to snap the mouthpiece off when the Pod is already installed in the device. 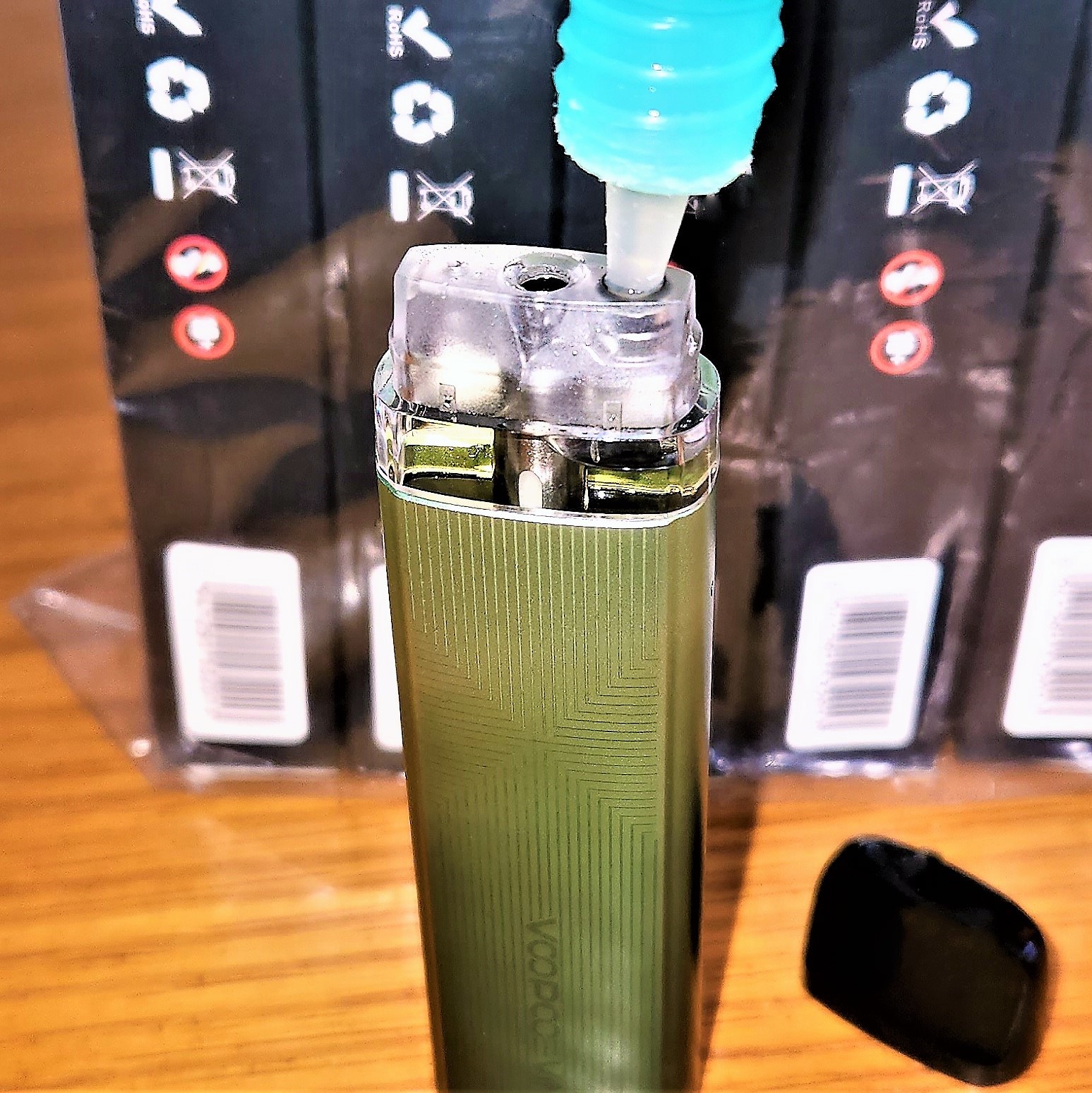 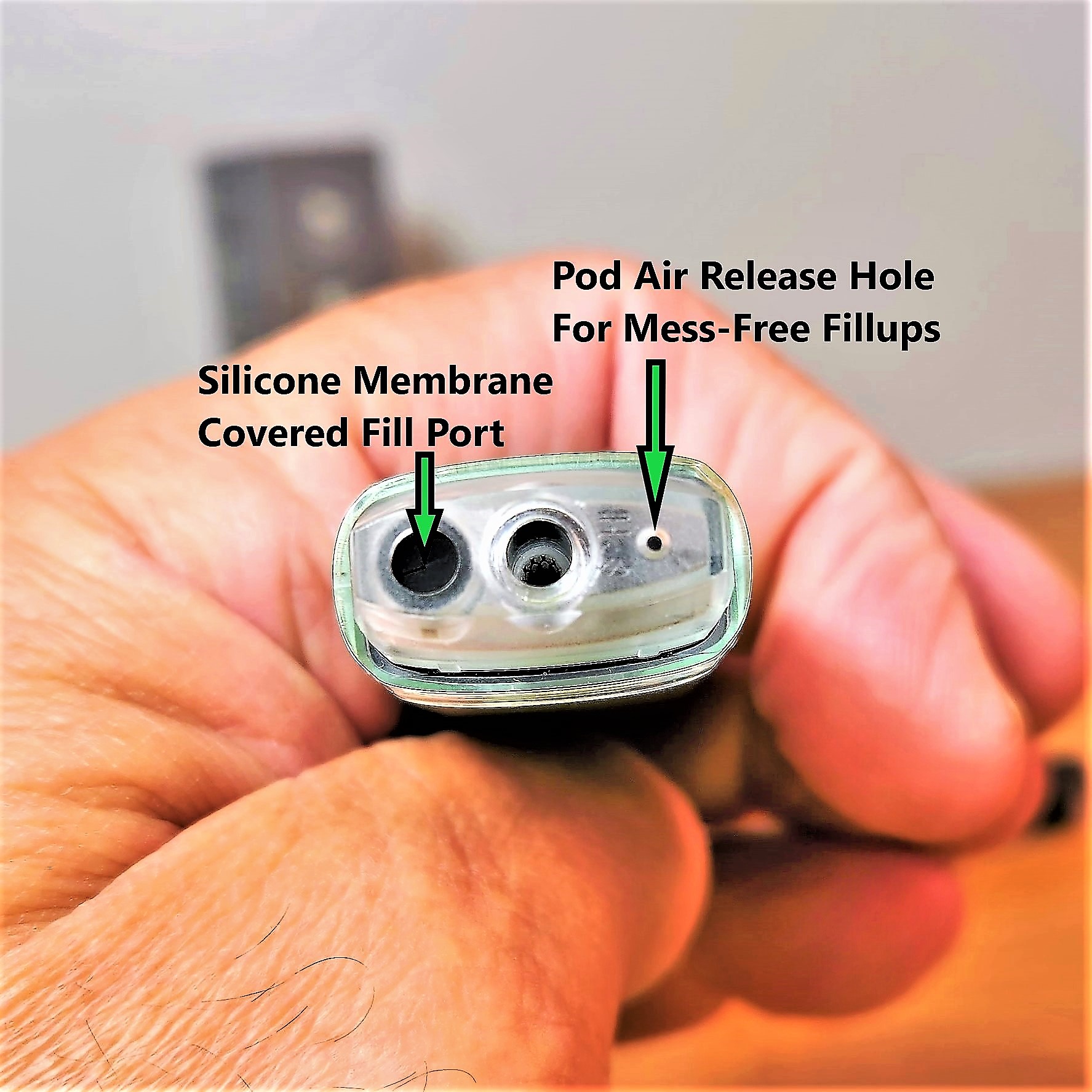 There are 4 airflow inlet holes on the Pod itself that draw the air in from both sides of the Pod giving a very smooth vape, being that the Vinci Pod SE is a auto-draw only device I'm happy to report that it functions very well without any cutoff or stopping. The Vinci SE uses 2 auto-draw tubes to channel airflow to the 4 inlet holes of the pod, Airflow comes in through a hole located on each side of the device. I wouldn't call the draw tight of loose but somewhere in the middle. 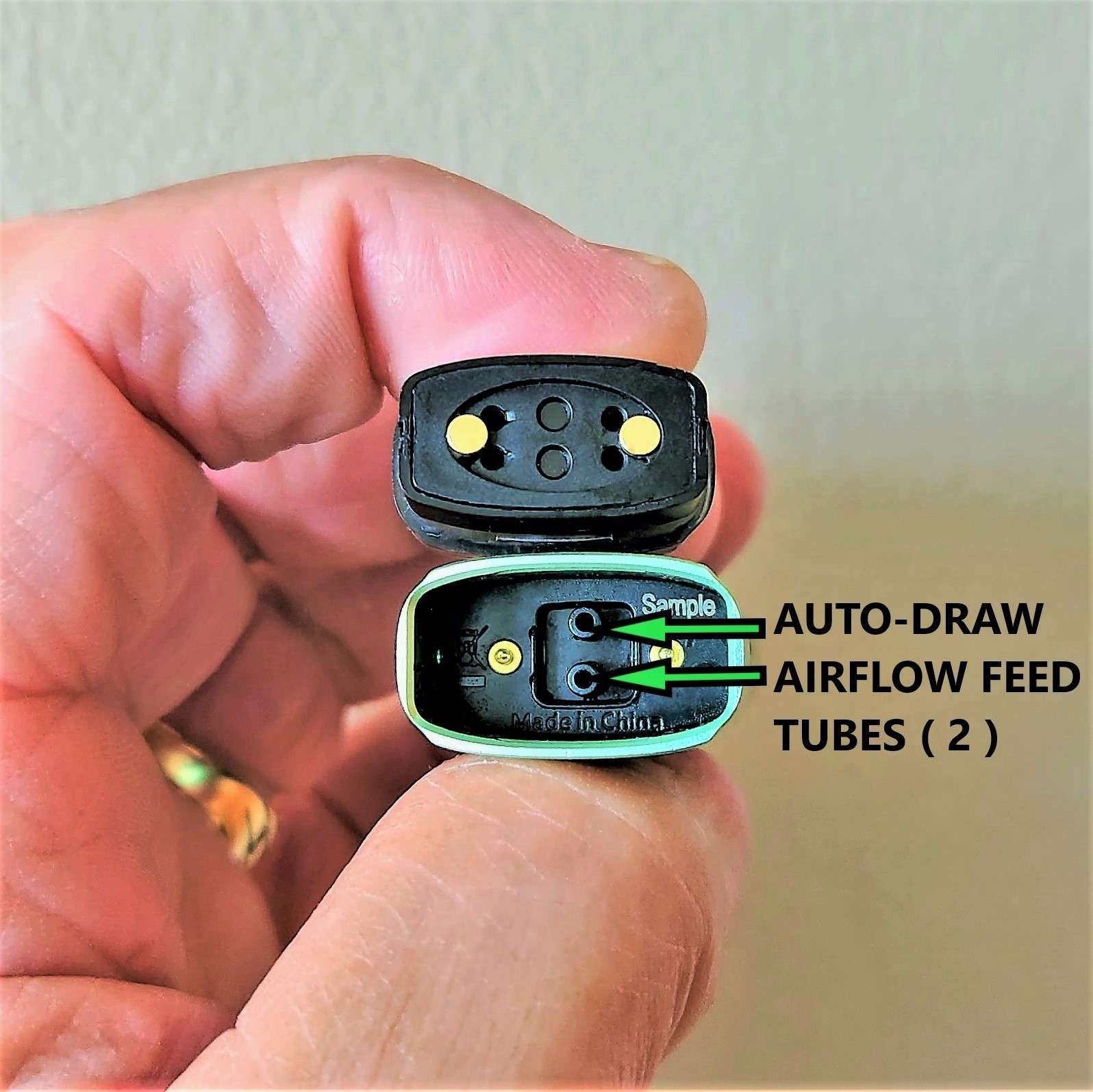 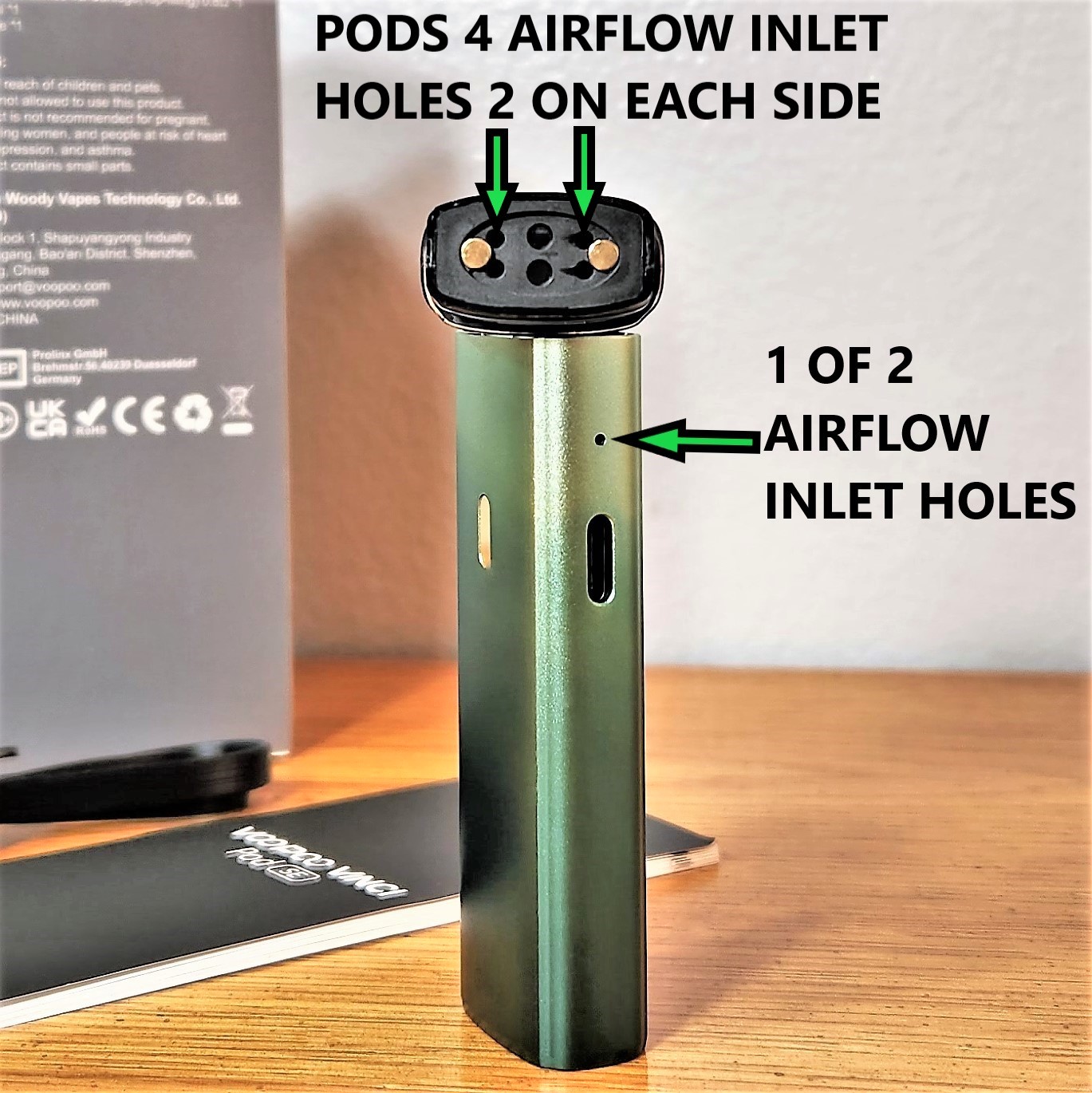 Pods usually connect to the device by way of magnets which is fine as long as they are strong magnets, Voopoo went in a different direction by forgoing magnets and instead using a tiny tab on each face side of the Pod that clicks into a indent also located on each side of the inner opening of the device. The audible click reassures and very strong and solid connection. 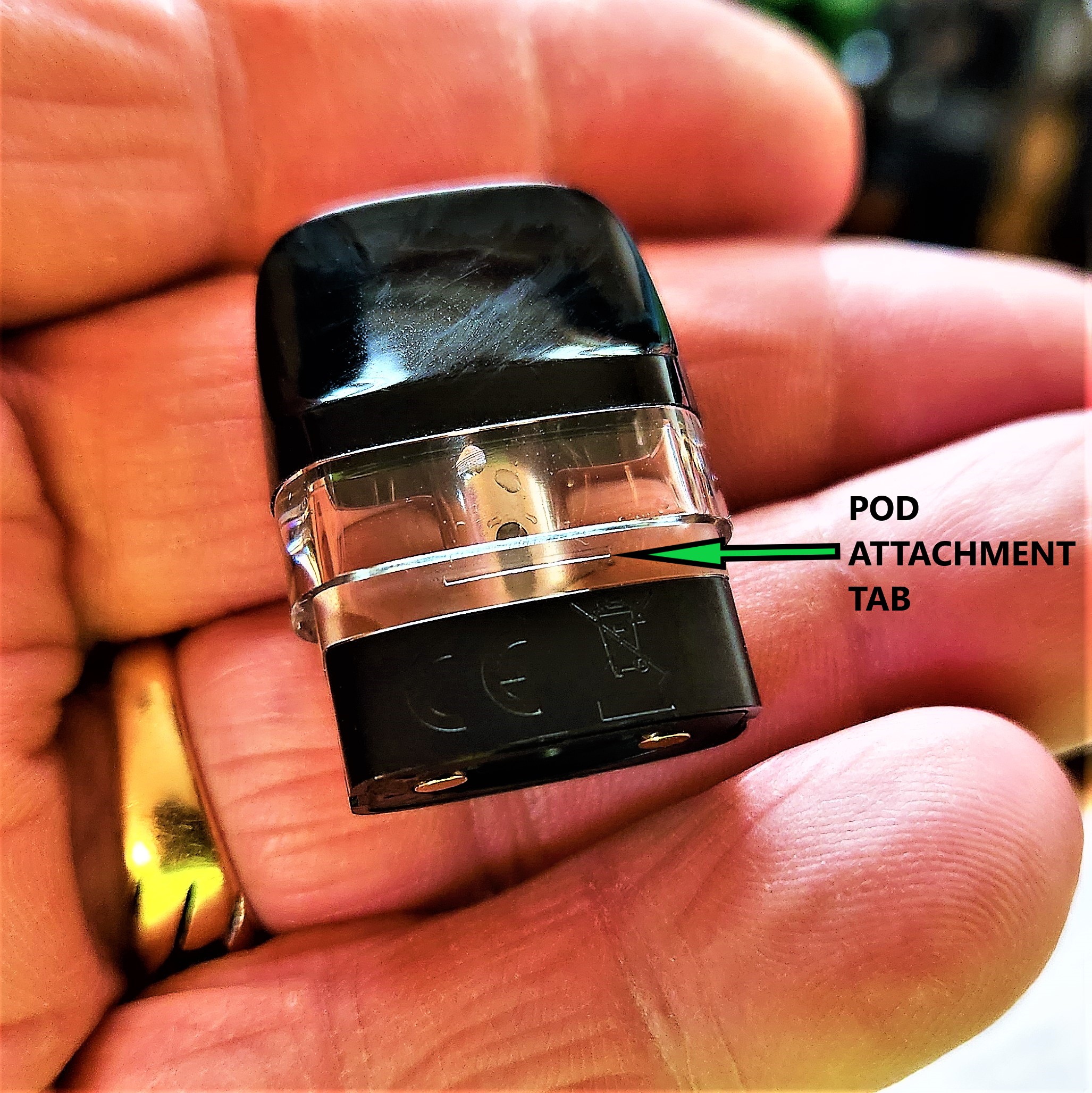 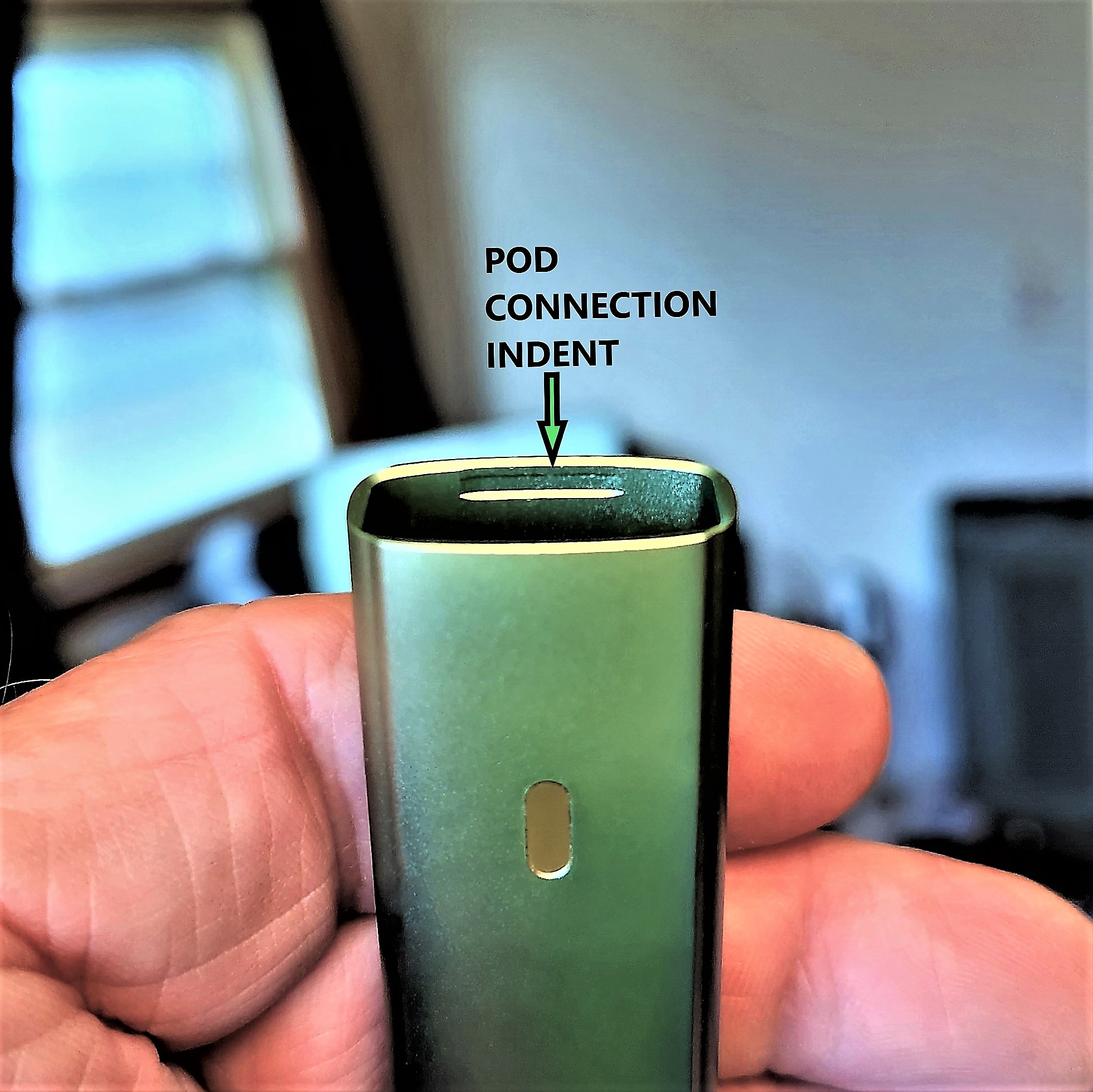 I've covered the Pod portion and can tell you that in the 10 days or so of using I have not had any leaks or seepage whatsoever and have gone through very many fill ups. The flavor from the Pod is very good and the auto-draw works flawlessly using my draw strength that is in the middle of tight and loose. The antibacterial mouthpiece is on the narrow side and is very comfortable to use. Having a 900MaH internal battery is a plus for the device, a single ventilation hole is on the bottom. 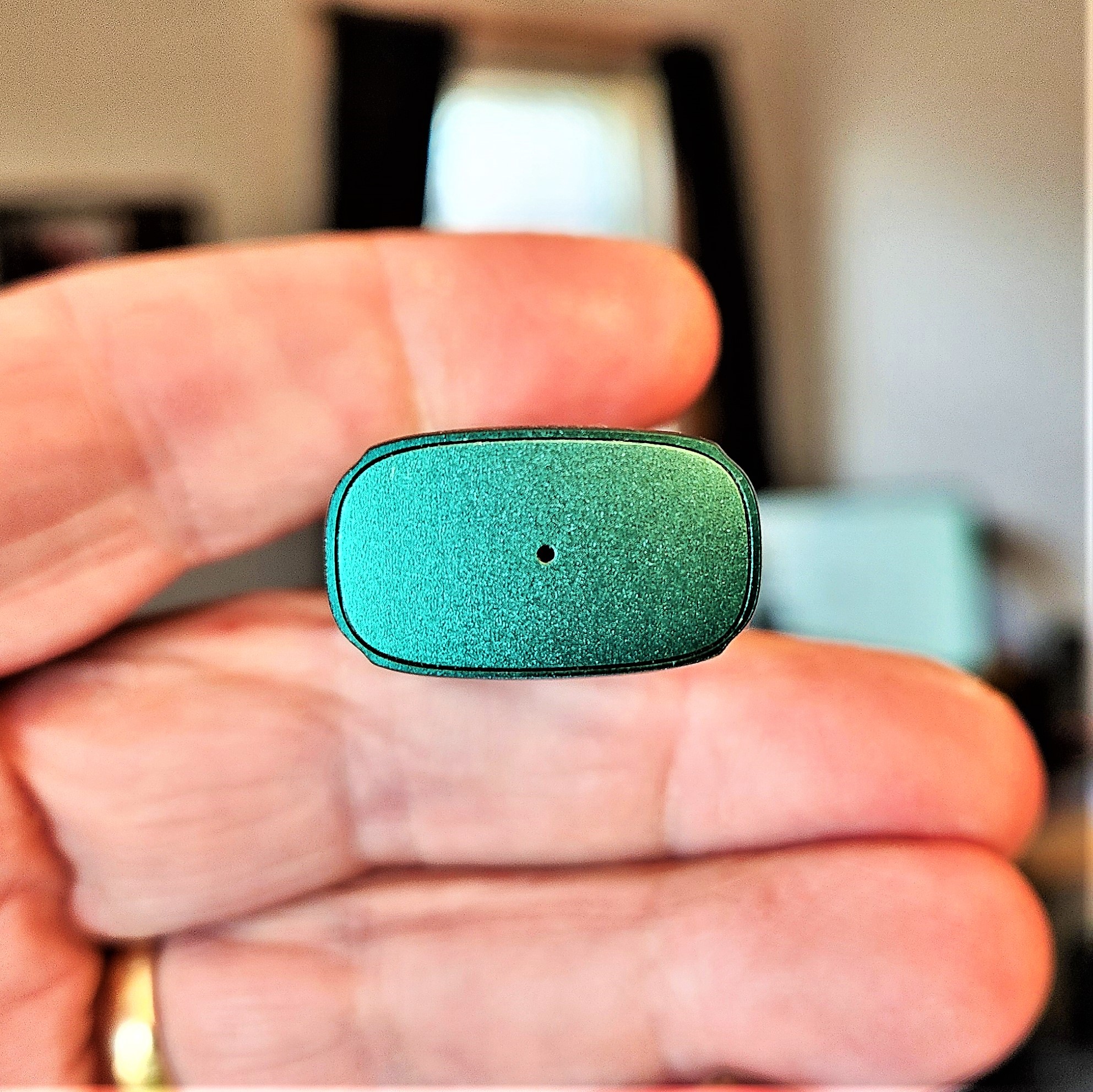 Like I said earlier the Vinci SE is a easy and simple device, each time you vape the bright LED on the solid colored side lights up giving you 2 conditions of battery strength. When just looking at the device you wouldn't even know that it's a battery meter but rather decoration. There are only 2 colors of strength ( Red Means Charge Me ) and when charging the Led will pulsate until a solid Green bar appears showing that the device is fully charged and ready to vape.
Reactions: dreamvaper
••• 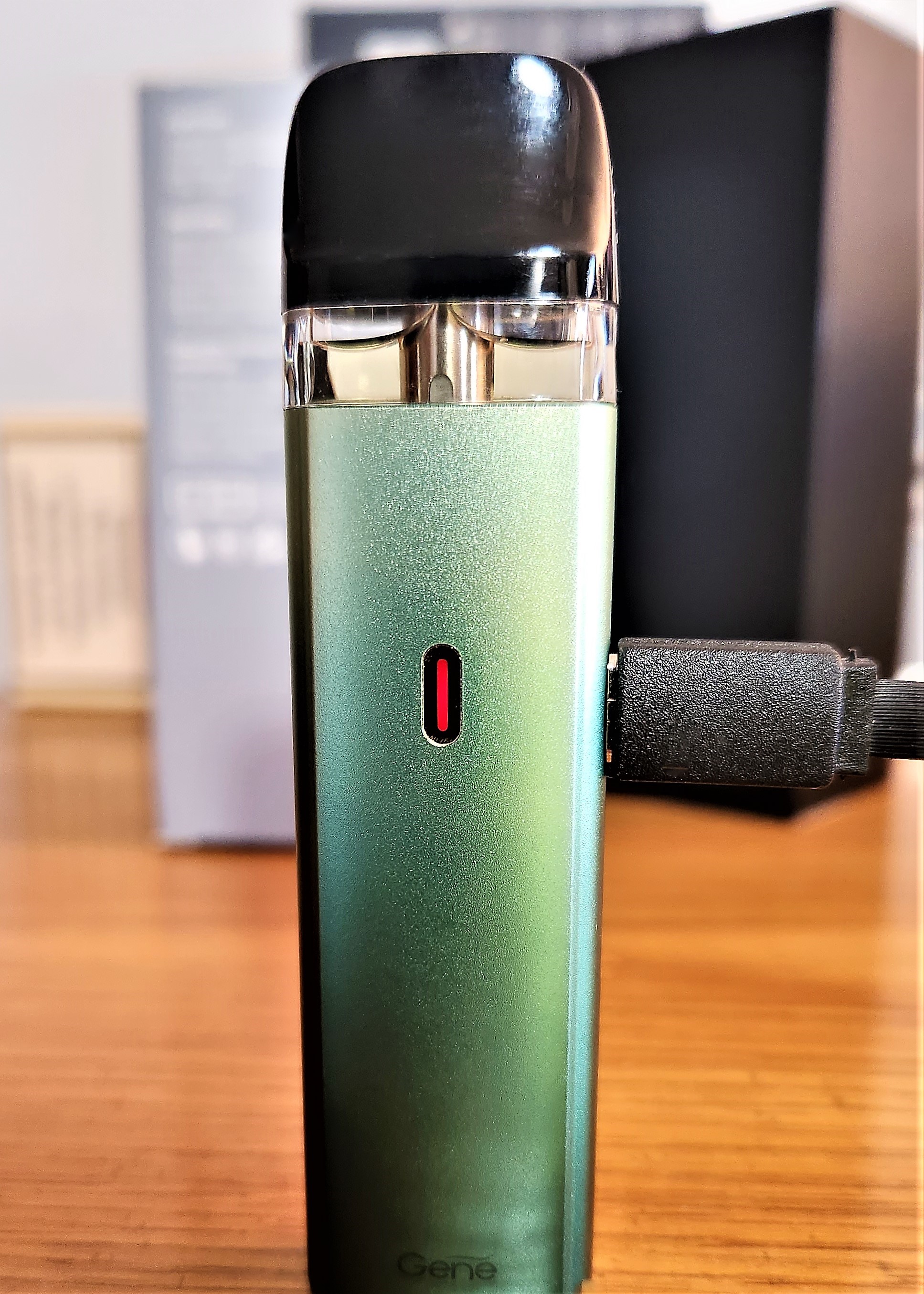 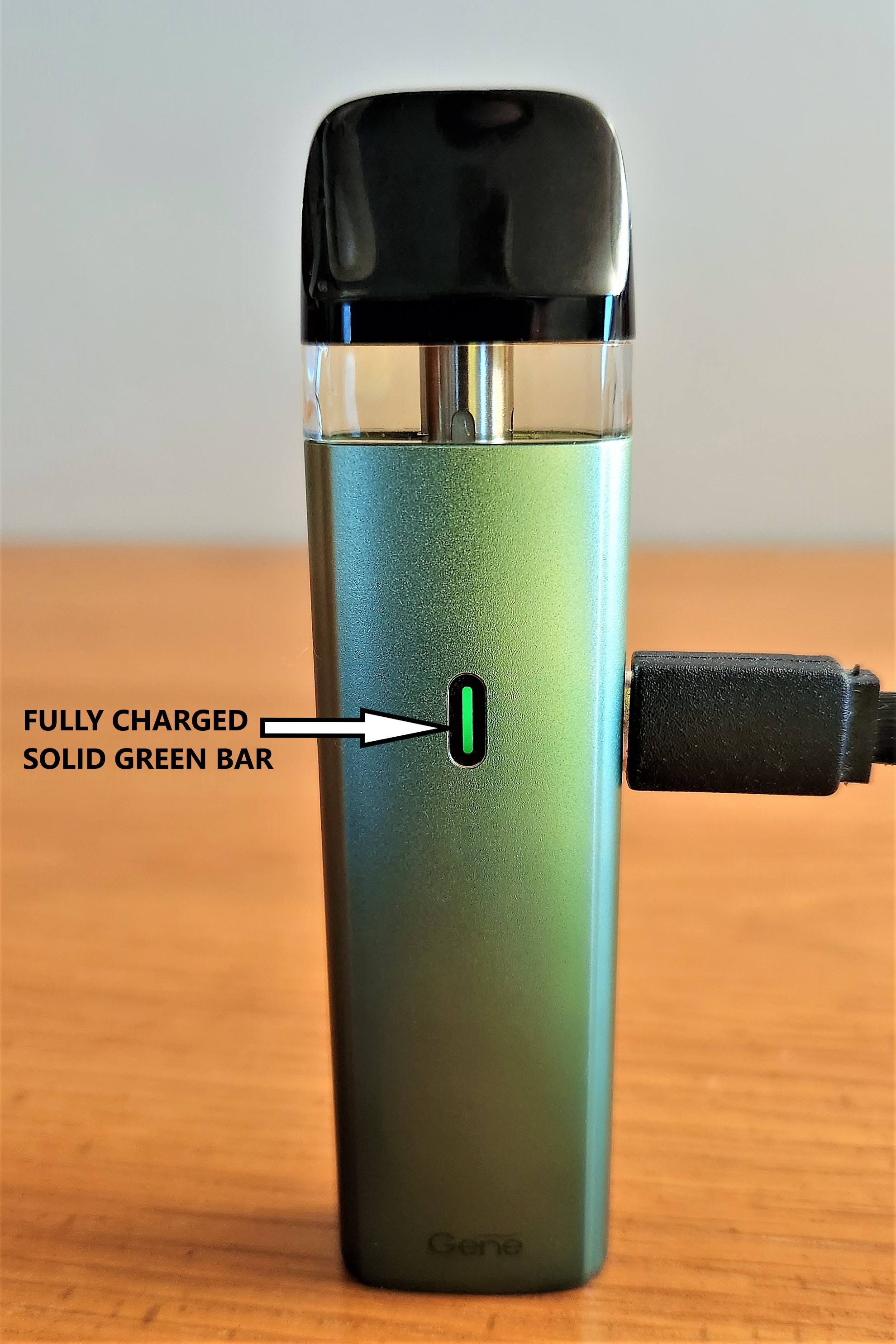 * Only 1 Pod Included In The Package


It should be no surprise by now that I really like the Vinci SE Pod Kit for so many reasons. I always seem to run a Pod almost dry when driving for some reason and in busy traffic filling can be a pain so when I come across a Pod that fill quickly and has good flavor I consider it a win.

When I say it fills fast I mean in 1 second I'm full and in 5 seconds I'm back to vaping from snapping off the mouthpiece to filling then snapping it back on. ( WIN WIN )

So all in all I would recommend the Vinci Pod SE 100% for a out and about Pod System and especially for someone trying to quit smoking cigarettes.

I would like to thank Nical and Voopoo for providing the Vinci Pod SE for the purpose of my review and I also hope I answered all your questions regarding this kit.