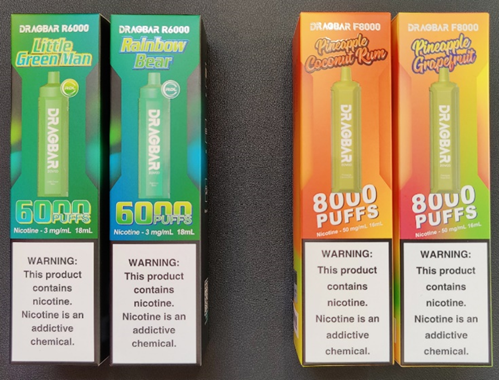 With utmost thanks to Zovoo/Voopoo (thanks Fiona!), I am pleased to introduce a couple of new disposable vaping products to the ECF community: the DRAGBAR F8000 and the R6000!

Indeed, Zovoo burst onto the scene in 2020 as (what I believe to be) a sister company of Voopoo. Now, Voopoo these days hardly need any introduction given the breadth, popularity, and reach of the products they offer. From what I can discern, Zovoo is an off-shoot of Voopoo as a stand-alone company that primarily caters to disposable vaping devices that Voopoo produce, e.g., the Drag Bar 600S which is widely sold at least out here in the U.K.

I have been using these devices for the last couple of weeks as a regular vaper, and I would like to share my vaping experience with them to you all.

- Dimensions at 125 x 31 x 33 mm in a tubular shape. If you have seen or are familiar with the Voopoo Drag X, then the DRAGBAR R6000 is almost as tall but is wider in circumference.

- Made from PC and PCTG.

- Has USB-C port at the bottom for charging.

- And airflow control slider at the bottom too.

Based on looks alone, this is undoubtedly a Voopoo product, with the design of the DRAGBAR R6000 basically being a tribute to the ever-so-successful Voopoo Drag X (the pod mod that basically started the whole trend a couple of years back). The contours, detailing, mouthpiece, flat front, textured backing to simulate the material/leather backing of the Drag X… as far as I can tell, everything is lifted from the Drag X design. Even the big “DRAG” embossed on the back- it is pretty much a replica of the Drag X.

Now, this can be a good or bad thing, depending on what’s important to you. On one hand, even at first glance, you already know it’s a Voopoo product and so, if you’re a fan of the brand, then you’d know what to expect. However, this design does make the device quite bulky and tall, like it would almost certainly stick out when you put it in your pocket. Saying that, the device itself is very lightweight which I found to be very impressive; somehow, the engineers at Voopoo found a way to make a device that has 1000 mAh of battery and 18 mL of e-liquid to weigh so little. So, although it is quite chunky, it will not go towards gravity. 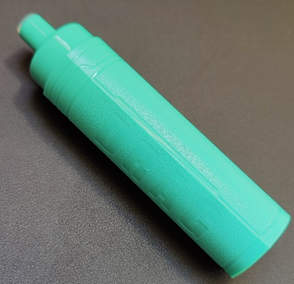 The mouthpiece is not removable but is comfortable to use in DL/RDL, which is what the DRAGBAR R6000 is aiming for. It is comfortable to hold and use. The airflow control is very effective in regulating the amount of air going into the device. However, if you’ve been vaping DL for a while, then you may find that achieving a “pure” DL draw with this device can be hit or miss. At best, I could get a powerful RDL with the airflow fully open, as although there is that slider to control airflow, the device is limited by the size of the actual slot that lets the air in, plus the fact that it only has one of these air inlets (unlike sub-ohm atomisers that usually have at least two). Interestingly, because the airflow control system is so effective and because of the way that it is set-up, you can actually get a decent MTL draw with this device if you so wish! 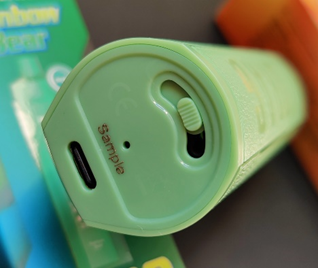 Operating the device is as simple as can be: just take a pull and puff away! It is also very responsive in that you can generate a puff even with a slight pull. An LED light at the bottom lights up when you take a puff and also when charging (the light goes off when the device is fully charged).

It comes in a variety of flavours, and I was sent two of these: Little Green Man and Rainbow Bear. Little Green Man was a mystery to me prior to trying it, but it is actually quite a nice flavour! The predominant taste I get is that of sweet green grapes, with some apple and banana mixed in there, and a touch of cooling. It’s a mix that I haven’t tried in the past and I was pleasantly surprised at how well it worked! Interestingly, this flavour is named as “Green Voodoo” on Zovoo’s website- I’ve no idea why as I actually dig Little Green Man as the flavour name.

Rainbow Bear is a classic gummy bear flavoured vape, so it’s a sweet tropical fruit mix with that tang you get with gummies. Also with a touch of cooling, it was really nice to vape especially in the hot weather the U.K. is having as I write this review. 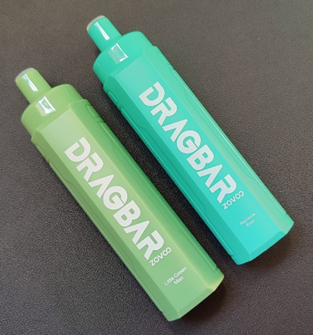 Using this device all day found me having to charge the device in the early evening, which isn’t too bad at all. As for number of puffs, with 18 mL of e-liquid, my sample units are still going strong even after 2 weeks of testing, given that I use them around a couple of hours per day on average.

As a RDL disposable vape, the DRAGBAR R6000 does the job and does it well. I have no material complaints as to its performance and flavours, and can recommend this to a DL vaper in a pinch. 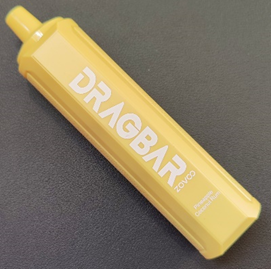 - Made from PC and PCTG.

- And airflow control at the bottom too.

The aesthetics and design of the DRAGBAR F8000 is almost identical to that of the DRAGBAR R6000. The big “DRAG” branding, textures and grooves- it is pretty much the same device albeit a tad smaller and lighter. There are just some key differences in the DRAGBAR F8000, as this device is aiming towards MTL vapers.

One main difference is the drip tip, with the DRAGBAR F8000 having a taller and narrower drip tip for MTL vaping. Again, this was very comfortable to use and I’ve no issues with it. 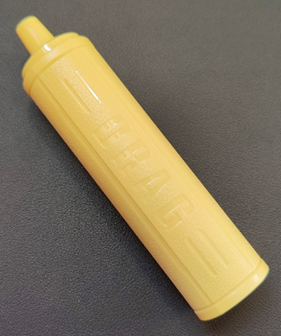 Another key difference is the airflow control system. Sure, a slider system is employed too but eyeballing the air inlet, it appears to be ever so slightly less in width than the previous device I described. Plus, it has a slotted membrane (silicone?) underneath the slider to refine the airflow, so that you can get that perfect MTL draw. And true enough, the airflow is smooth and can cater anywhere between tight MTL to medium MTL. Again, a very impressive thing to have achieved in a disposable vaping device! 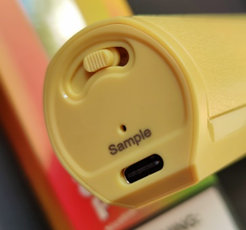 The draw is warm, which I was very surprised with given the 9W output per the specs, but I am not complaining at all as I do like a warm MTL vape!

Functioning and operation are exactly the same as those of the DRAGBAR R6000. Battery life and recharging time are quite decent too: the battery can last me most of the day and it only takes me a “meeting” (around half an hour) to recharge.

Of the variety of flavours available, I received the Pineapple Coconut Rum and Pineapple Grapefruit. Both tasted very nice and have a hint of cooling. Pineapple Grapefruit is sweet and tangy with the tartness of the grapefruit as expected. Pineapple Coconut Rum is probably one of my favourite disposable vapes right now, with the right balance of sweet pineapple and fresh coconut cream mixed together. I don’t get the rum so much from the vape but I don’t mind, as the flavour itself is already quite nice and refreshing!

All of these disposables will come in a variety of nicotine salt strengths depending on your region.

I’ve had a great experience vaping these new disposables, and can happily recommend them to vapers of varying needs: the DRAGBAR F8000 to those switching from smoking or MTL vapers, and the DRAGBAR R6000 to DL vapers open to a cooler vape. No leaks, condensation or flooding, I really had no issues using these devices from a performance perspective.

One thing to note is that judging from the sample packages I received, it seems that these devices will not come with a USB-C charging cable. So make sure you have one on hand if you do purchase these.

My sincerest thanks again to Zovoo/Voopoo for allowing me to review these products!
•••
Show hidden low quality content