Hello and welcome to you my dedicated readers. I’m glad you chose to join me today. It’s been a while since I’ve received anything from Oxva for review but here I am today with a comparison review that Oxva requested that I do on the Xlim V2 pod system along with the vaporesso Xros 2. I want to be clear that I have used the Xros and Xros 2 daily at work for several months and it has been my go to pocket carry for a couple reasons but gladly agreed to discuss its features versus the features of the Xlim V2. I have previously reviewed the Xros, Xros 2, and the Xros Nano. I won’t be comparing all three of them since they all use the same pod but in order to compare something similar in size and shape, I’ll be focusing on the Xros 2 and the Xlim V2. I’ll try to cover the specifications and features of both and in the end give you my thoughts on each and try to declare which one I think is the better unit. In case you are not familiar with the Xros 2, here is a link to the review I wrote some time ago. VAPORESSO XROS 2 review by hittman | E-Cigarette Forum (e-cigarette-forum.com) I will cover some of the same information in this comparison but not as in depth. 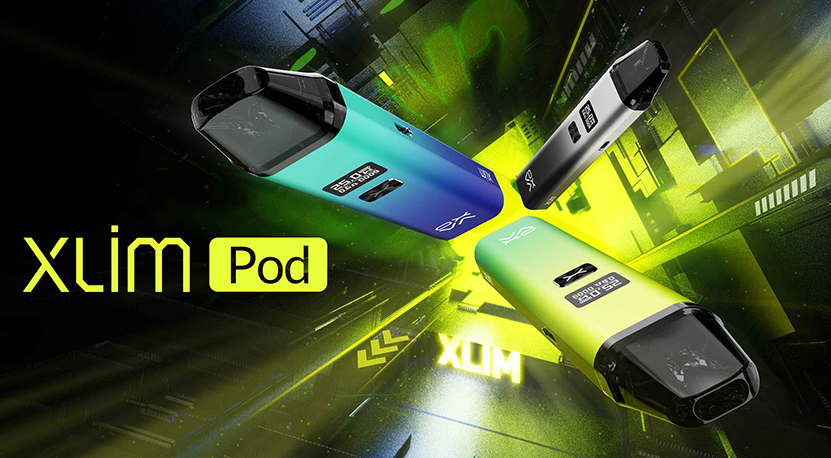 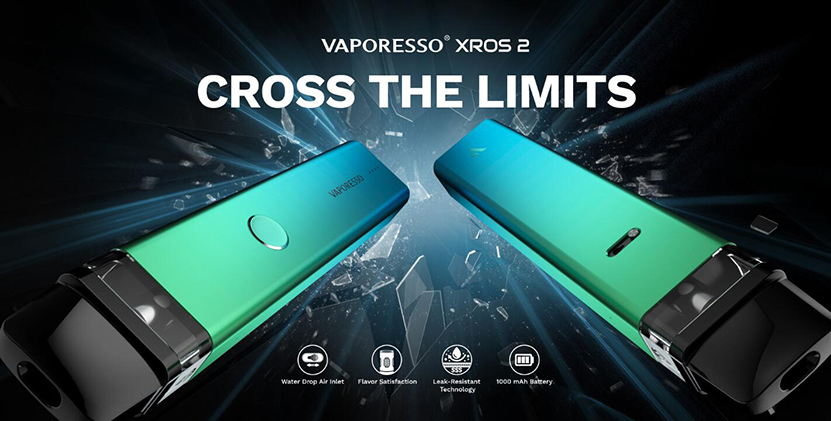 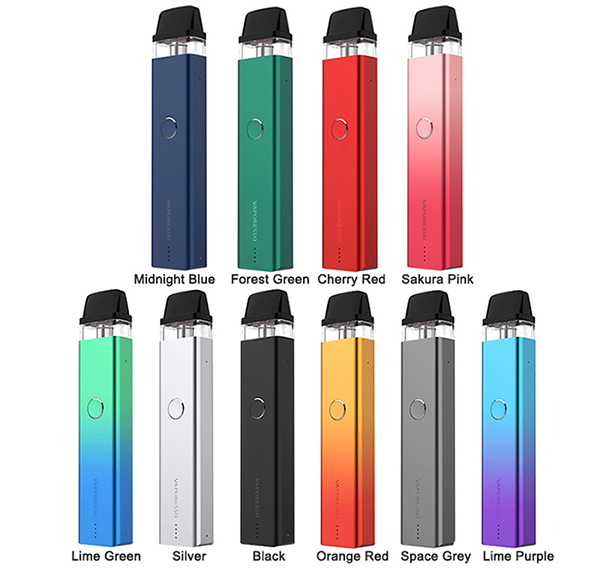 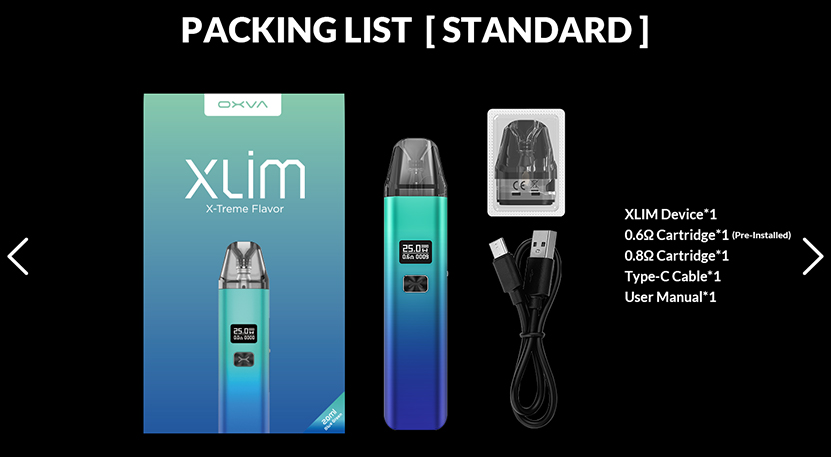 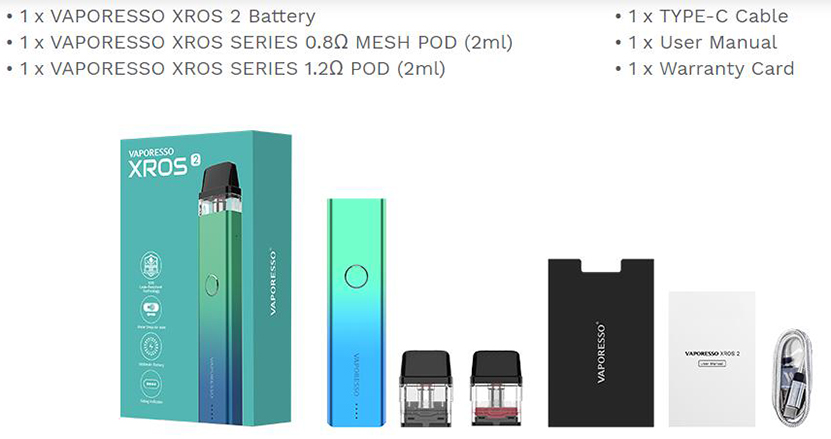 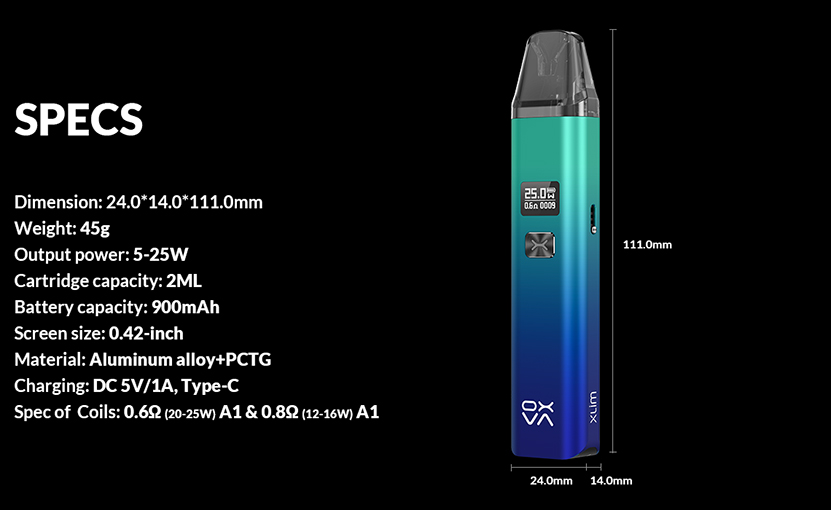 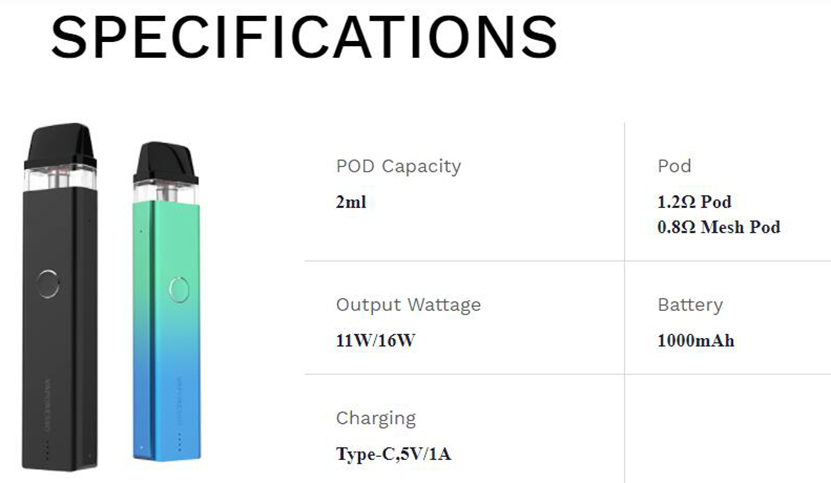 10. Airflow control design on the side 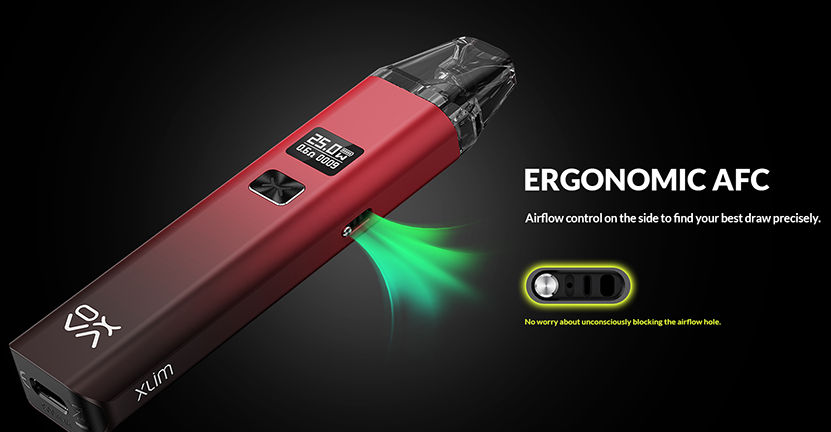 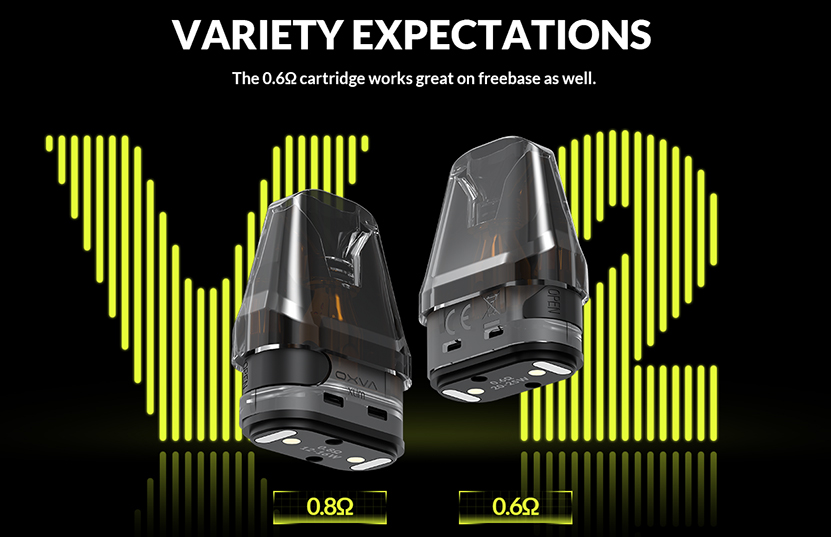 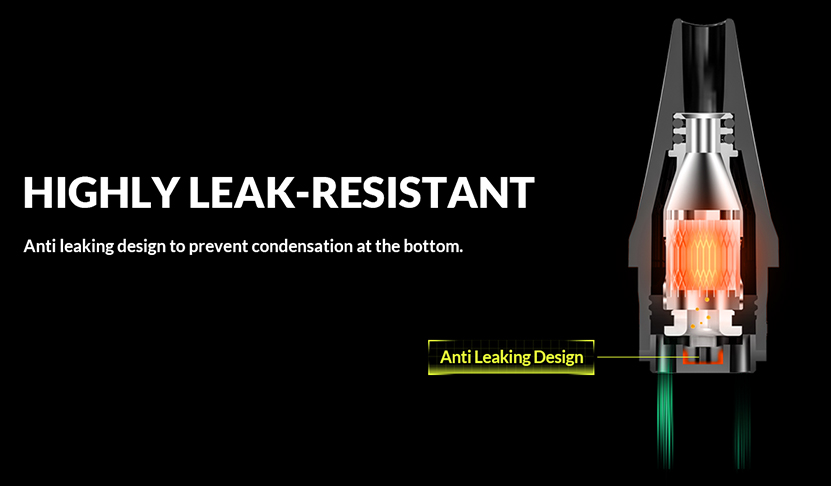 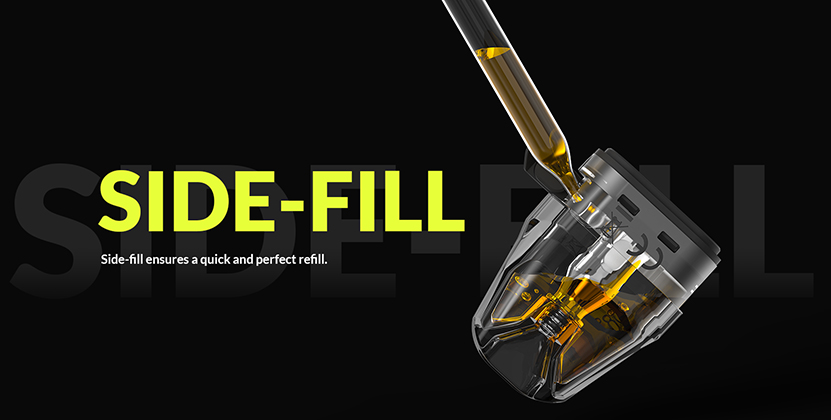 9. 150°refined curved base made by diamond high-gloss cutting process 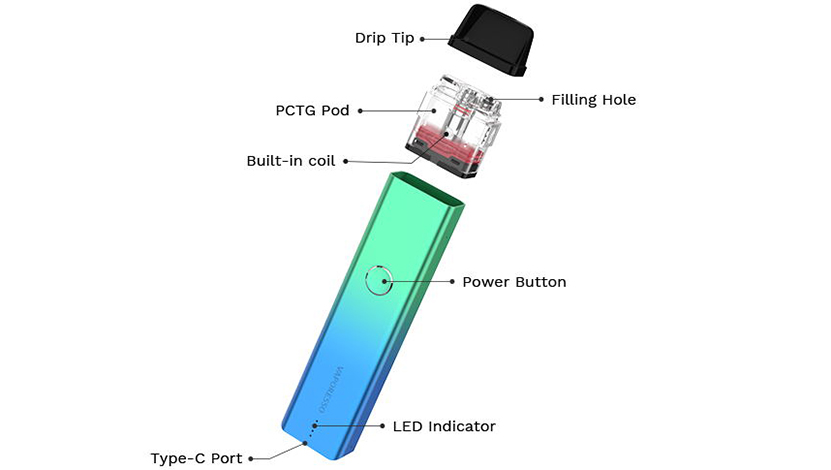 This is usually the part where I talk about the packaging and what the box looks like but this review is likely to get rather long and just let me say that both kits come in nice packaging. This is a comparison review but don’t feel like the packaging is important at this point. Instead I’d like to focus on the features and ease of use of each pod device. 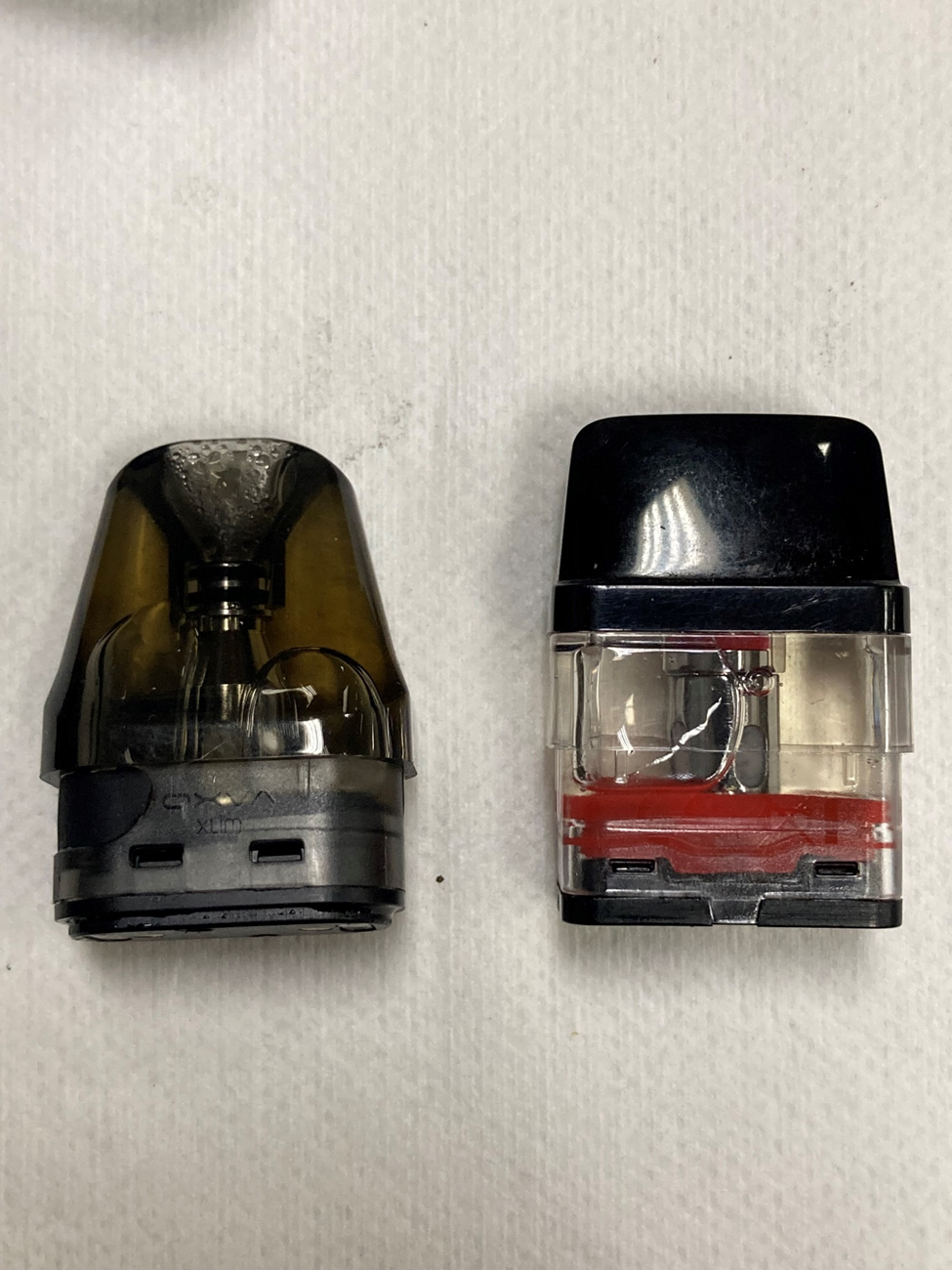 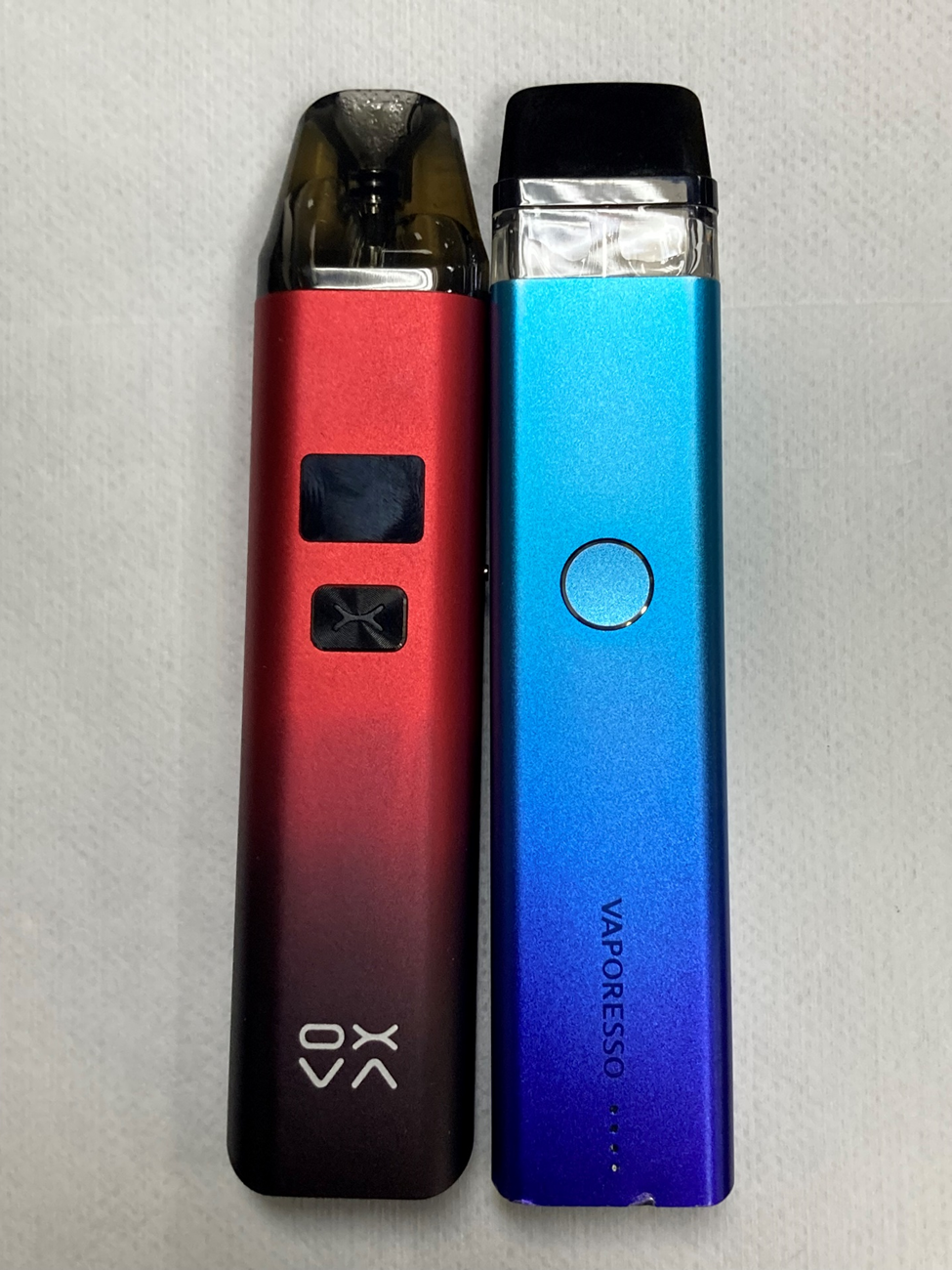 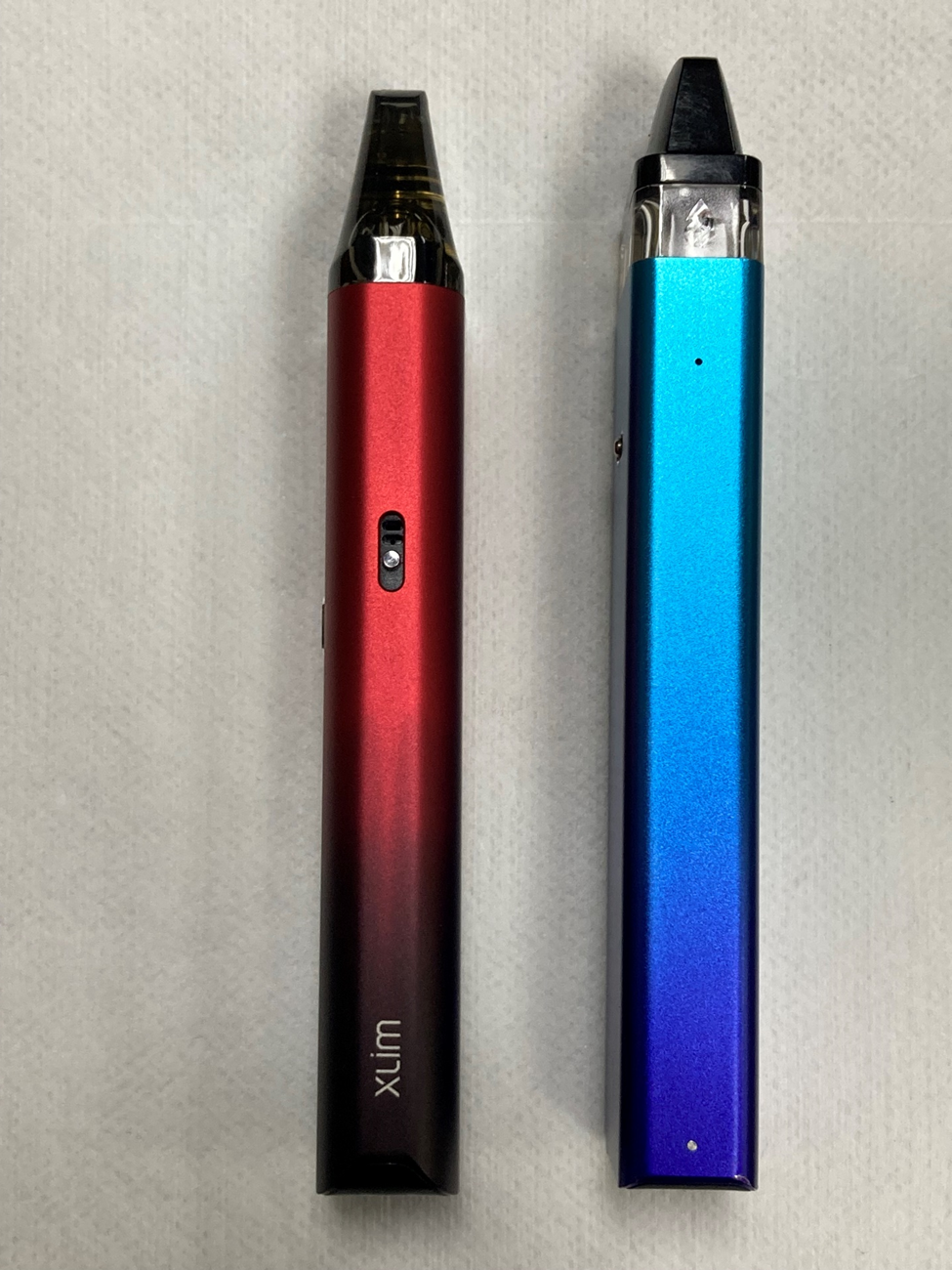 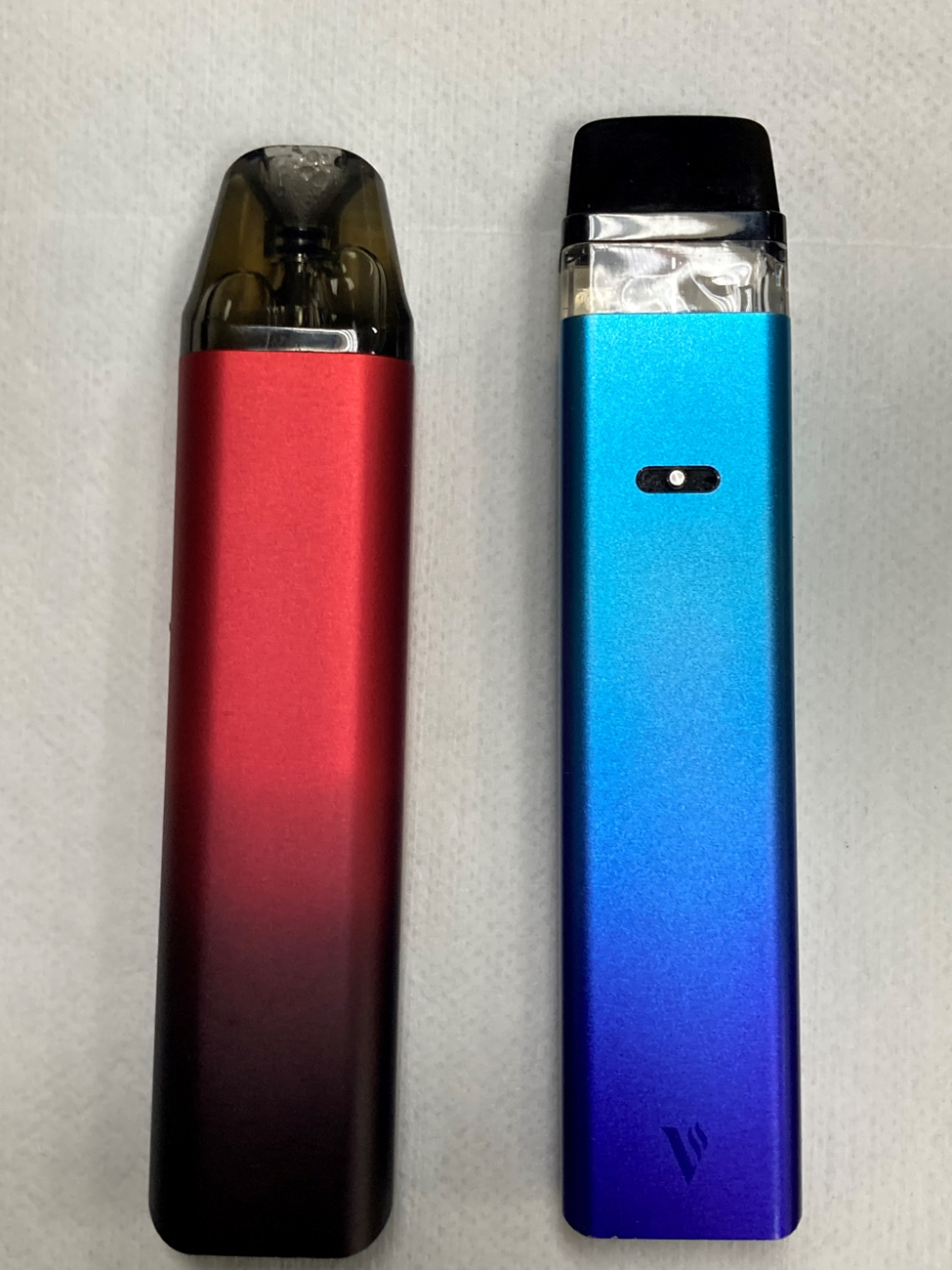 So far both devices are somewhat similar with some mild differences. This is where you will start to see some real differences between the two. The Xros basically has a fixed output depending on which pod is used. The .8 ohm pod gets 16 watts while the 1.2 ohm pod gets 11 watts. The Xros has a series of four lights on the face that indicate the charge level of the battery. The Xlim V2 has a .42” display screen that shows the following information.

The Xlim has an adjustable output range of 5-25 watts. The display does not light when you take a puff each time which I’m sure saves on the battery life. Instead there is a blue X on the fire button that illuminates. You have to press the fire button on the Xlim for the display to illuminate. The wattage adjustment can be fast scrolled and will round robin. The button operation is as follows.

In order to do a fair comparison between the Xros 2 and the Xlim 2 I used the .8 ohm pod in each one. I used to prefer the 1.2 pod on the Xros but more recently have been using the .8 ohm pods in it. The mouthpieces of the two are different but I do find both of them comfortable to use. The flavor and vapor production on the Xros was really pretty good. However, I did notice a substantial flavor improvement with the Xlim V2 and the flavor seemed more dense and robust. The V2 pod brought out more detail in the flavor of the vapor. I used a Dinner Lady lemon tart one shot in both and have used it in many different tanks and pods so I am very familiar with how it should taste with a good flavor producing device.

Although the Xros does not offer a .6 ohm pod, I did want to test the pod included with the Xlim. Evidently the Xlim has a smart mode built into it because when I inserted the .6 ohm pod the wattage went automatically to 22 watts. I noticed the same thing on the .8 ohm pod when it switched to 16 watts when inserted. The first couple puffs with the .6 pod seemed a little too warm for me at first set at 22 watts so I turned it down to 20. After a short period of use I was able to ramp back up to the 22 watt mark. With the airflow wide open you can do an RDL vape but it is pretty restrictive. A touch more airflow would be nice for RDL to better fit my style of use.


So, I would have to give the Xros points for ease of use and top filling as well as having a slightly larger battery capacity. However, I very much like that the Xlim has the display screen with the puff counter. The Xlim pod is a side fill pod but easy to fill without making a mess. Also, this is hard for me to say having been such a fan of the Xros but the Xlim did have noticeable better flavor and vapor production using the same resistance pod. I was able to get about three hundred puffs on a single charge of the Xlim which seems to be good battery management. If the Xlim V2 had a top fill pod then it would have everything that I look for in a pod device. The multiple hole airflow control makes it easier to adjust to your preferred airflow volume and being located on the side makes it less likely to be covered by your hand. 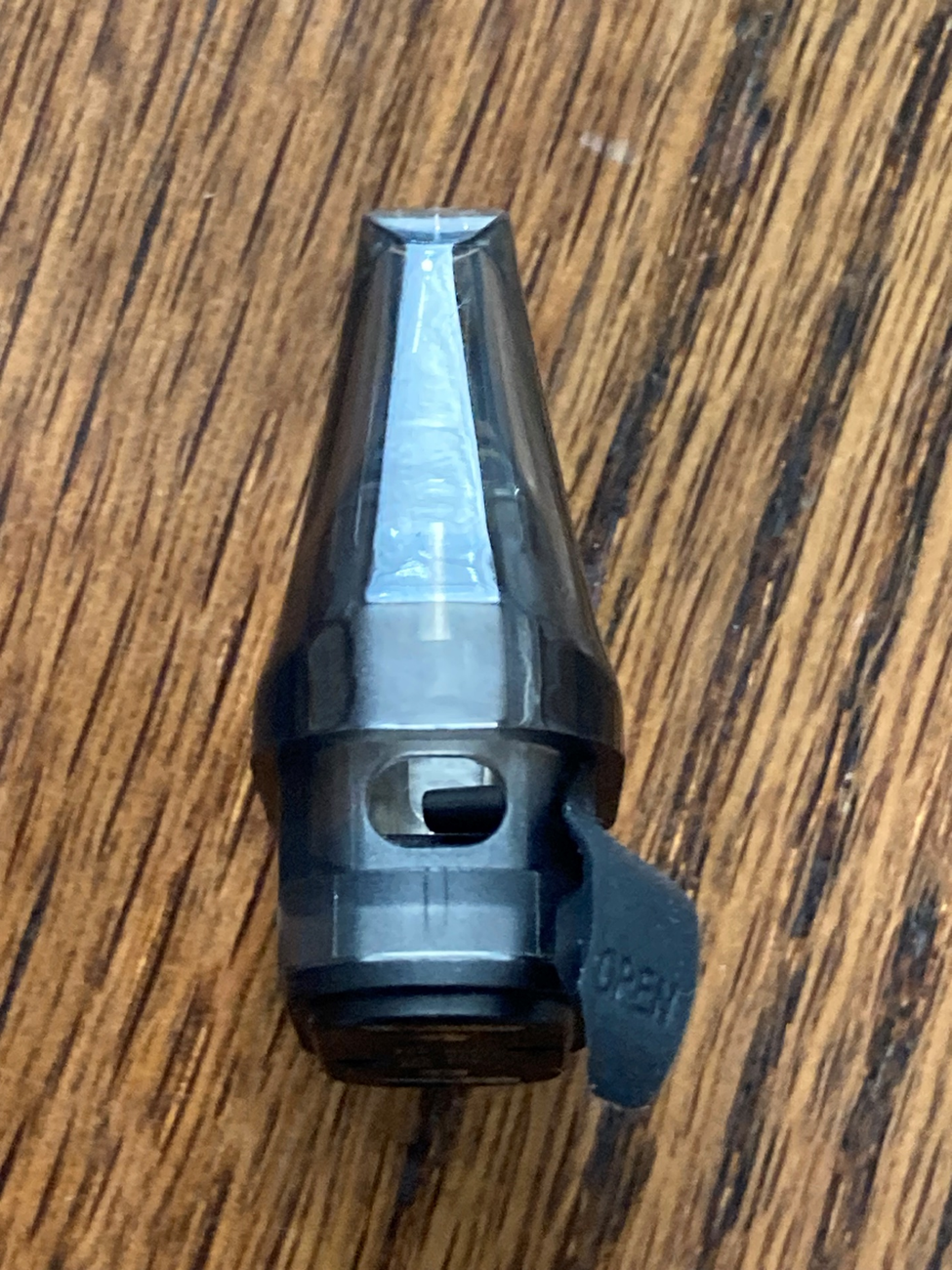 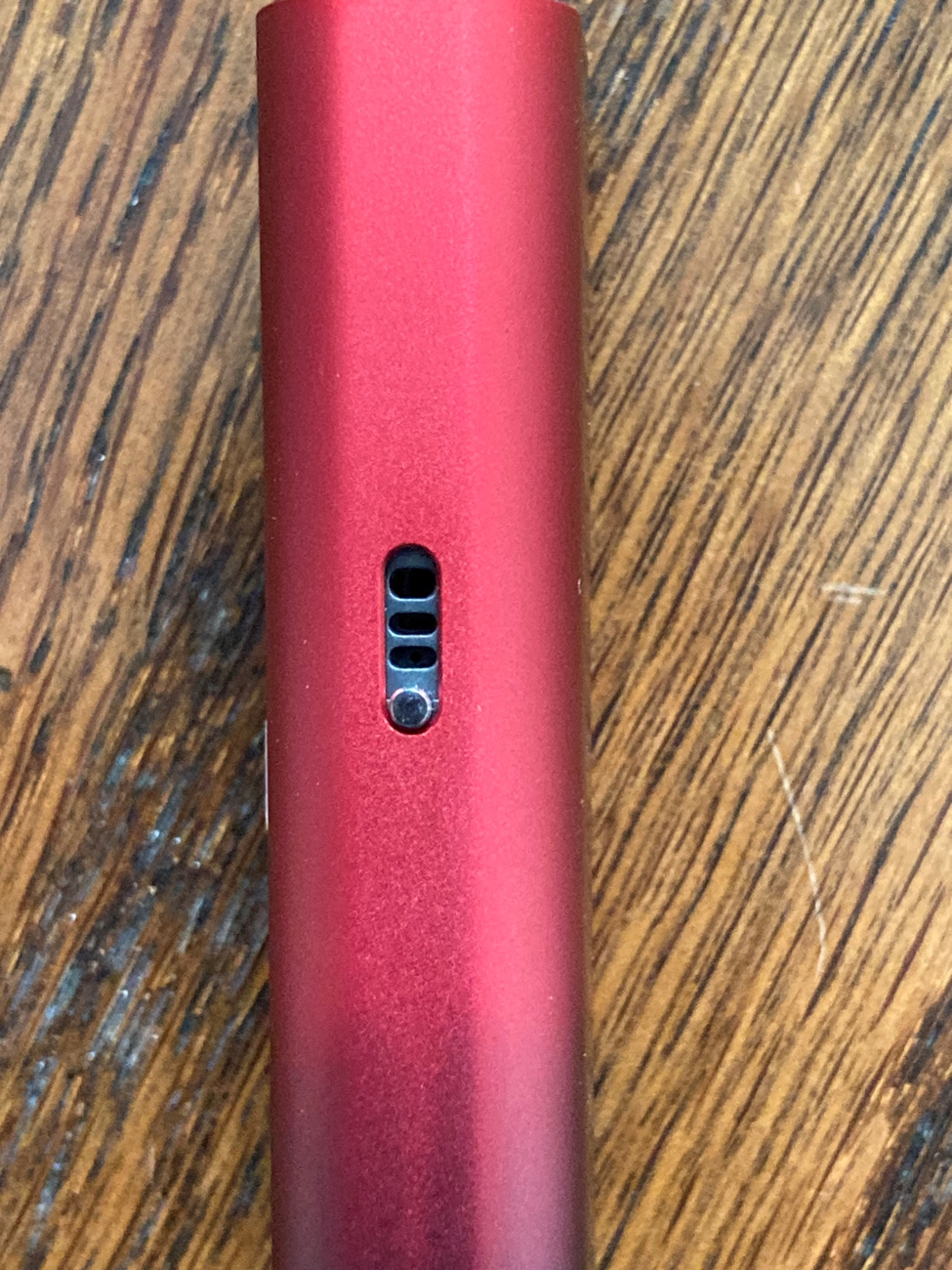 The new SSS pods that the Xros 2 uses have been leak-proof for me while using them the last few months. During my time using the Xlim it’s pods did not leak at all and had no noticeable condensation.

So in the end I guess I have to declare a winner for this comparison review. I do love that the Xros has top fill pods but as far as performance and features I would have to give the trophy to Oxva and the Xlim V2. If they could come up with a leak proof top fill pod then it would have everything I look for in a pod device.

I’d like to thank Oxva and Jocelyn for sending the Oxva Xlim V2 Pod kit for this review and thanks goes out to the readers that make it possible for me to do these reviews. Below is a link to the Oxva website if you would like to look around. Besides the Xlim, they have some really nice tanks and devices also.

Thanks Fran. I appreciate you always taking time to read them.
Reactions: Izan and FranC
•••

I don't really like doing comparison reviews but I was already a long time user of the Xros and the Xlim V2 is very good so that made it a little easier.
Reactions: Frenkyou, Izan and FranC
•••

When I think of it in my head, I pronounce Xlim as Zlim and Xros as Cross since the promotional stuff says Cross the Limit.
Reactions: Izan and bigbob2322
•••

Thanks Bob. I was truly impressed with the Xlim. I was told that their original V1 pods were top fill but for some reason they had leaking issues with them so switched to side fill on the V2.
Reactions: Izan and bigbob2322
•••
H

Great comparison! Always enjoy reading your reviews. Actually, I read a lot of the reviews that go up recently lol gives me ideas on what to request and also ideas on how to improve my own reviews. You guys are all so good at yours
Reactions: hittman
•••

HyDrOpOnIc1987 said:
Great comparison! Always enjoy reading your reviews. Actually, I read a lot of the reviews that go up recently lol gives me ideas on what to request and also ideas on how to improve my own reviews. You guys are all so good at yours
Click to expand...

Thank you. I do truly appreciate it when people comment on my reviews. Before I started doing reviews, I read a lot of reviews on here. There were a couple of really good people that did them and I learned a lot from them. I haven't seen a review from either of them in quite a while.
Reactions: FranC and Izan
•••
H

hittman said:
Thank you. I do truly appreciate it when people comment on my reviews. Before I started doing reviews, I read a lot of reviews on here. There were a couple of really good people that did them and I learned a lot from them. I haven't seen a review from either of them in quite a while.
Click to expand...

Well that sucks! Hope that they pop back up soon! If for nothing else, to make sure they're o.k.
Reactions: FranC and hittman
•••
Show hidden low quality content