Since my DIY arduino mod has a lot of restrictions, i've choosed the STM32F373C8T6 MCU for my next one. This is my first project with the STM32 hardware, so it has some problems yet. But since it is open-source/open-hardware - everyone can make it better!

The main repository (with PCB gerber files and schematics):
GitHub - vasimv/StmSmoke: Open-source (GPL) STM32F373C8T6 based vaping mod, up to 140W, to use with LiPo 2S 500 mAh

Uses 2S LiPo or LiIon batteries (i prefer LiPo from RC models as they're easy to select from, small and light)

Touch sensors instead buttons (you won't need holes in the case, just stick a piece of foil connected to the PCB on the back side of the front panel)

Almost every parameter is customizable through setup menu

PCB needs refactoring to move everything to front side, so backside would be used for touch sensors. Would be easier to just glue the PCB to the front panel instead connecting external electrodes. 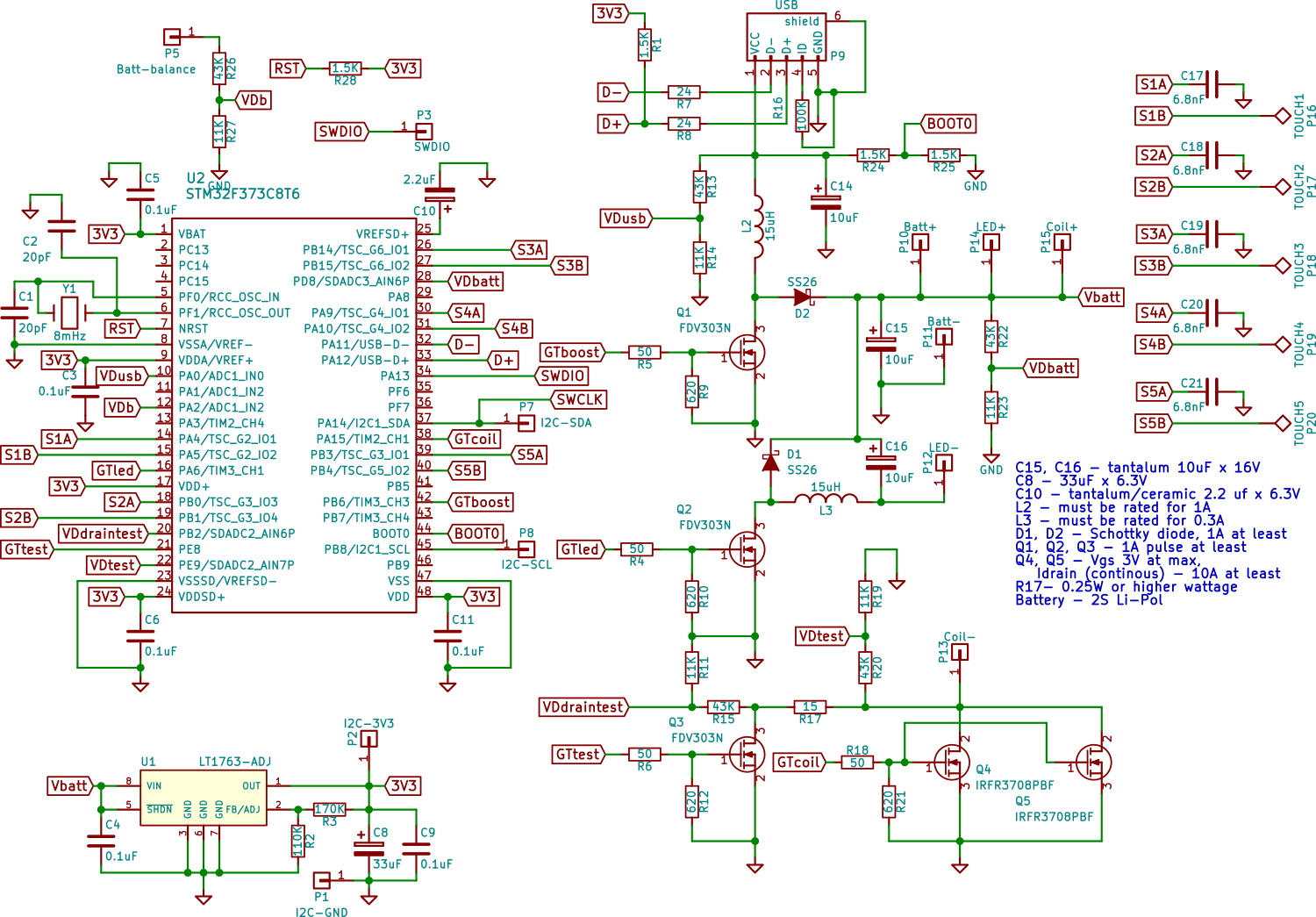 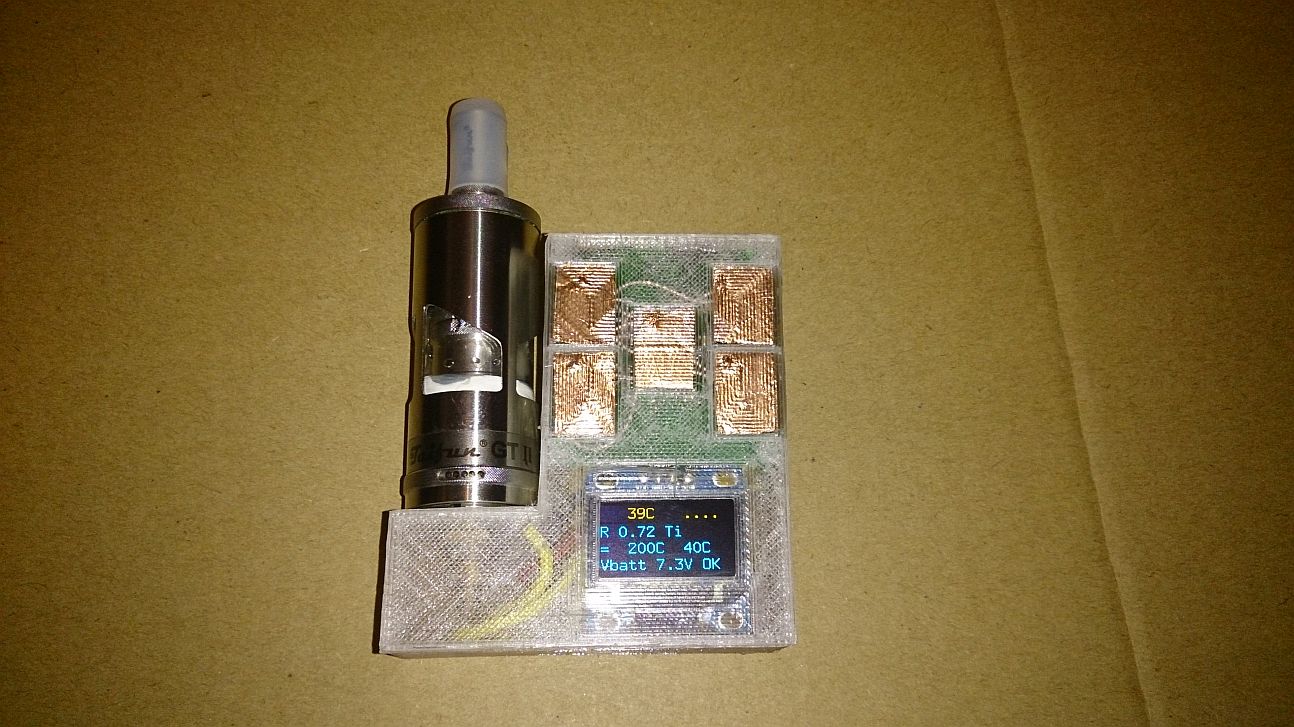 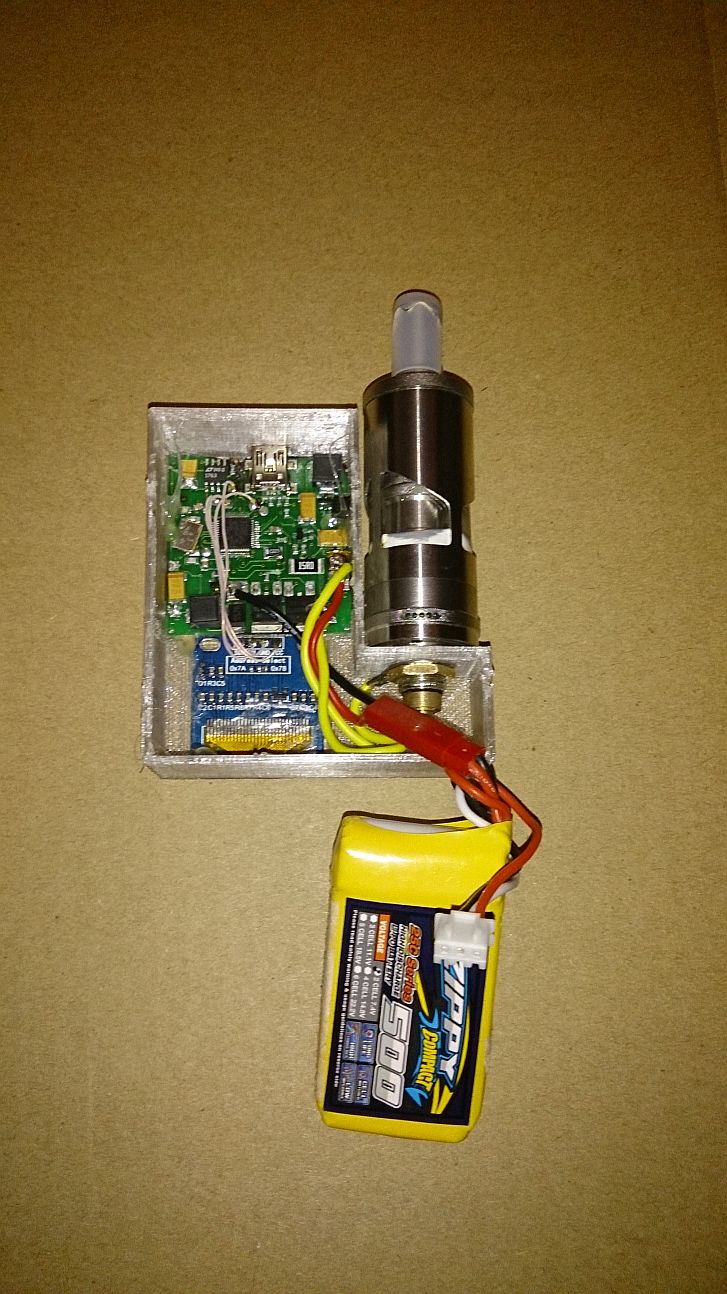