For those curious of the Strata's airflow path, I've done up a model based on airflow testing I've conducted. Rba's/Rda's work on vacuum. By inhaling, we create a vacuum that sucks air in through the air inlet hole(s) which follows the path of least resistance to the vacuum source, in this case the tip you are inhaling through. In theory, we want this air to pass as best it can over the coils.


Here is the approximate path of airflow through our Strata's. By examining this model, you can visualize where to place your coils in the path of this incoming airflow. By placing our coils outboard or at varying heights, we can intersect with this airflow to varying degrees. Also, By using coil(s) placed 360 degrees around, we can really take advantage of multiple air intakes, something a single side air entrance can not do as it would starve the rest of the coil for air. We can also funnel this air out and around by how we set up our wick and wire. 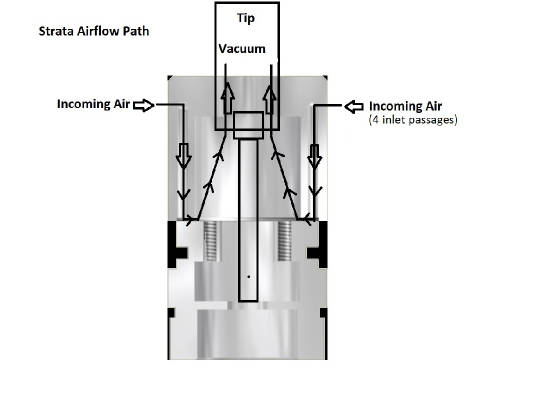 Unfortunately, there has been some misinformation put out via tests that incorrectly use syringes to force (pressurize) air out to simulate airflow, however, this is incorrect as our Rba/rda's do not work on forced induction, they work on vacuum induction which completely alters the airflow.


For example, the picture below is supposed to be an example of what air would do on a side entrance hole, however, this is incorrect. The air in the sample picture below is being forced (pressurized) out of the syringe and thus why it shoots straight out the side. Air is not pressurized into our Rba's, it is drawn in via vacuum when we inhale. Thus when the air comes in through the side hole, it doesn't keep going straight, instead, once it clears the air inlet hole, it gets immediately drawn up towards the vacuum source which is the drip tip you are inhaling through. The vapor coming into our Rba's wouldn't look and shoot out straight like below, instead that stream of air would curve right up to the tip once it clears the hole: 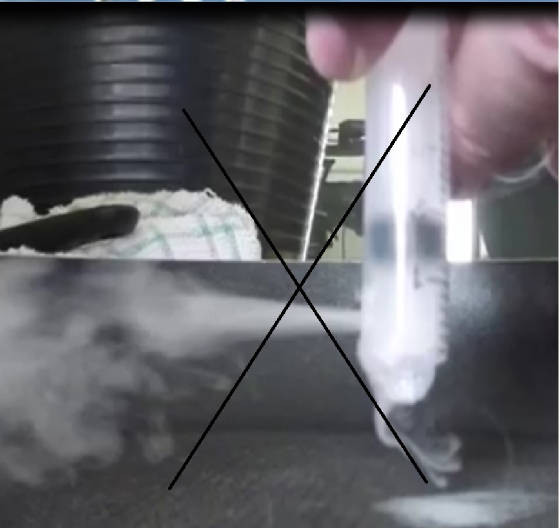 Here is a model of the approximate airflow path in a side entrance rba/rda, note how it is very similar to the Strata's airflow, only much more limited due to being only on one side: 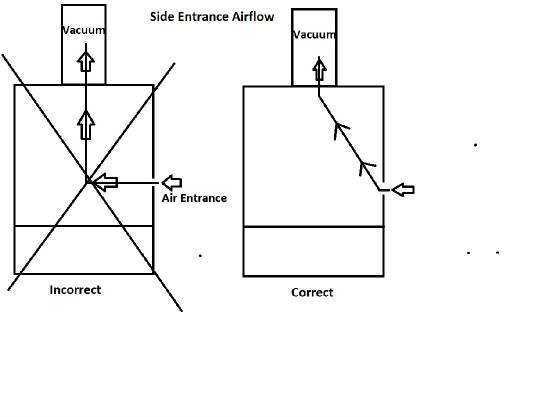 This picture below, incorrectly tries to demonstrate what air would do in the Strata when the air comes down the side passages and hits the ledge. The only problem is, again, this test is incorrect as it is pressurizing the air out and there is no vacuum/suction present. This is not how Rba's work, there is vacuum drawing the air in, it can not and will not spread out across the floor of the rba as there is vacuum present from above drawing it up. Once air clears the passages in the Strata and into the chamber, it is drawn straight up towards the vacuum source (the tip you are inhaling through): 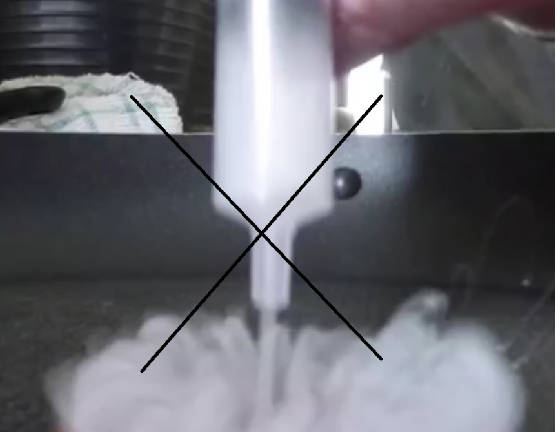 To get a little better visual, this overlays the outline of an RBA to illustrate the airflow on a side entrance rba. The only way you could get the airflow to go straight across as was claimed in the picture is to place a hole directly on the opposite side of the inlet and you'd have to suck on the side wall of your RBA to suck it across the chamber. In reality, suction comes from the top tip when you inhale and that causes the air flow to immediately turn up to the source of the vacuum when it clears the inlet hole: 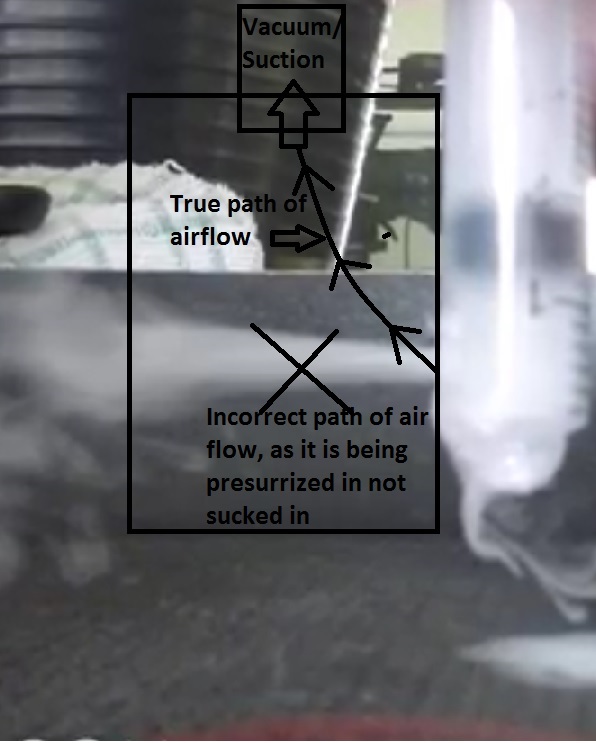